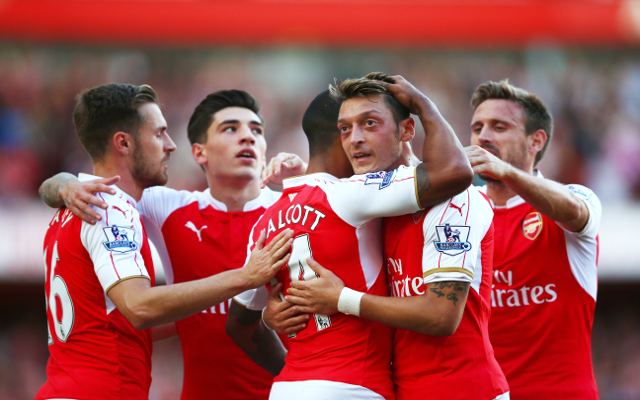 Arsenal may have overcome the odds to escape from their Champions League group stage, but they are paying the price of finishing second in their pool with an ominous double header against Barcelona.

The Gunners took only three points from their opening four matches in the group stage, losing four and only giving themselves a fighting chance of progression with a victory at the Emirates Stadium over Pep Guardiola’s Bayern Munich.

They salvaged their campaign with two triumphs over Dinamo Zagreb and Olympiakos in their last two matches, but in the process, set up a double-header with reigning European champions Barca.

The Gunners are outsiders for the match, particularly considering Luis Enrique’s side’s domestic dominance, but Arsene Wenger will be able to call upon almost all of his star men as he looks to overcome the odds and avoid defeat at the Emirates Stadium ahead of a return match at the Nou Camp.

The only missing players for the Gunners are midfielders Santi Cazorla and Jack Wilshere, who are long-term absentees and centre-back Gabriel, who is doubtful after suffering with a hamstring injury in recent weeks.

With the Brazilian defender out, Per Mertesacker will start alongside Laurent Koscielny in the heart of the defence ahead of Petr Cech, with Hector Bellerin at right-back and Nacho Moreal on the left.

Aaron Ramsey will partner Francis Coquelin in the heart of the midfield, and expect Wenger to opt for an attacking-midfield three of Mesut Ozil, Alex Oxlade-Chamberlain and Alexis Sanchez.

One intriguing decision for the French coach to make will come in attack, where he may opt to bench Olivier Giroud and start with Theo Walcott, whose pace and movement so troubled Bayern Munich during that 2-0 victory during the group stage.