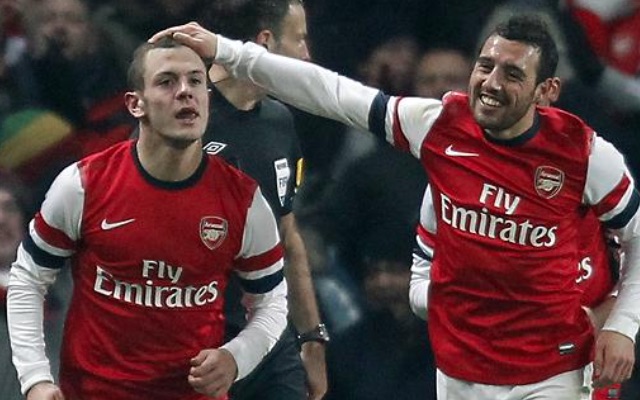 Santi Cazorla has told Spanish radio show El Primer Toque that he hopes to be back for the second leg of Arsenal’s Champions League last-16 tie with Barcelona, according to The Express.

The Spain international midfielder will miss tonight’s visit of the European Champions to the Emirates Stadium with the knee injury which has kept him sidelined since the end of November.

But Cazorla is feeling positive in his recovery and is targeting the reverse fixture at the Camp Nou on March 16 as the match in which he could make his timely return for the Gunners.

“I want to come back, it is hard to be outside and not be able to help,” he is quoted as telling El Primer Toque, by The Express. “Even more in a game as important as this against Barca. My objective is to be back for the second leg. The knee is improving all the time, and I hope to make it.”

Having Cazorla back to reunite with midfield partner Francis Coquelin would be a boost to Arsenal’s chances of reaching the quarter-finals, and they may need every bit of help that they can get.

Cazorla and Coquelin, who has himself recently returned from a two-month layoff, was the pairing which took Arsenal to the top of the Premier League, and has been sorely missed of late.

Arsenal will hope that they still have enough of a foothold in the tie for Cazorla to have an influence on their trip to Spain. Their recent record in the Champions League knockout stages is abysmal.

The Gunners have lost the first leg of their European last-16 ties by at least two goals in each of the previous four seasons, and this Barcelona side could be the strongest that they have faced yet.