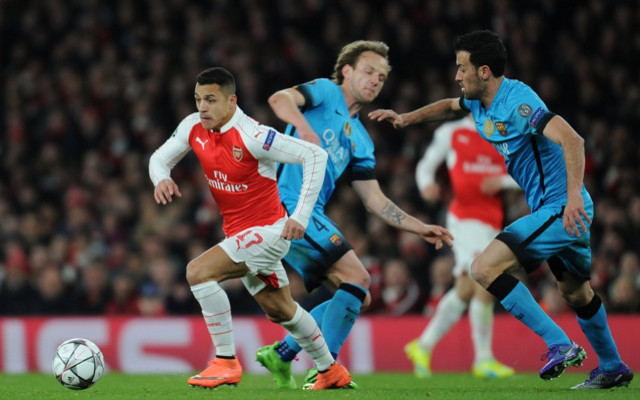 Fans of Arsenal and Barcelona have been equally stunned by the first half of their Champions League clash as both sides went back to the lockers tied 0-0.

Arsenal came close to a score on several occasions thanks to efforts by Alexis Sanchez (a former Barca man) and Alex Oxlade-Chamberlain, but it was not to be. On the other side of the field, Luis Suarez has had a frustrating day due to missed called and missed headers while Messi and Neymar have been kept off the mark by an aggressive Arsenal defense.

So what did some of the viewers on Twitter have to say about the first half? Mostly complaints about the officiating – particularly a bad flop by Javier Mascherano where he rolled across the pitch to avoid drawing a foul. Others were more or less surprised at how low scoring the affair has been.

Remember that time Oxlade-Chamberlain ran really fast and nothing else happened?

Naturally the incomparable sports-mouth Piers Morgan needed to chime in on his wager to run around Emirates Stadium naked if his beloved Gunners beat Barcelona….

Can’t quibble with our effort.
Though not much chance of my streak around the Emirates happening the way Giroud’s playing. #AFCvFCB

I missed the first seven minutes of #AFCvFCB. The score says 0-0, but that can’t be right. Surely Barca has scored 6 by now.