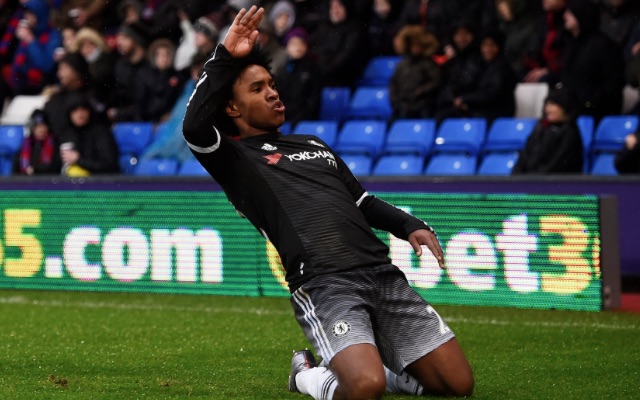 One of the lone bright spots of the Chelsea season – even before Mourinho’s unceremonious exit in mid-December – was Willian, who emerged as one of the best free kick shooters in football and their top scoring threat for the majority of the season. With interest coming from across the world for his contract, the Blues are trying to tie down the 27-year-old star for the rest of his best years.

According to the Metro, Chelsea have offered the Brazilian winger a four-year deal worth £120,000-a-week.

Per the source, Chelsea are concerned that the club’s anticipated early exit from the Champions League will encourage Willian to move on.

Willian has already set a new career high with 10 goals – five of which have come in the Champions League – and he has four assists in the Premier League.

Chelsea signed Willian in the 2013-14 season for around £30 million after an unsuccessful stint with Russian Super League outfit Anzhi Makhachkala.