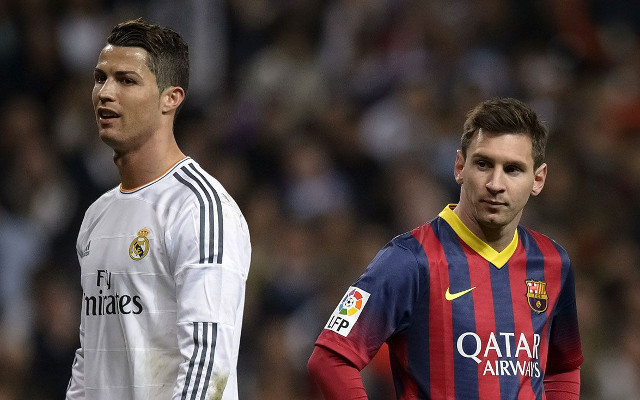 Every football league in the world wants Cristiano Ronaldo and/or Lionel Messi to join their ranks. Their global popularity combined with their respective penchants for winning titles all the time would more than make up for whatever fees the clubs that one day acquire them have to pay. So when the idea of Ronaldo and Messi joining some of their legendary contemporaries in Major League Soccer (MLS), several former Premier League superstars fell in love with the idea.

In an interview with CNN Sport, Chelsea legend and current NYC FC midfielder Frank Lampard – formerly of Chelsea and England – said there is a chance that the two football megastars can join MLS one day. He added that Ronaldo’s love of the spotlight and “Hollywood” personality would make the Real Madrid scoring machine “embrace” life in the United States.

“I think the lifestyle would suit him — he’s a showman and a great player.”

Former Liverpool midfielder Steven Gerrard, now with the LA Galaxy, agreed with Lampard and said that he hopes Ronaldo will join the United States league since it’s gained so much prestige and respect even in the Premier League locker rooms.

“I hope so,” Gerrard said. “I’d certainly recommend it, not just to those two but to players around the world.

“I’m sure they’ll enjoy the life on and off the pitch because America’s a super country to come and work in and enjoy.

“I know from playing with players in the English dressing rooms at home that everybody is talking about MLS now.

“Maybe five or 10 years ago it wasn’t on the radar so much — but it is now, and I’m talking about big players.”

As for Lionel Messi, Brazilian football legend Kaka – now with Orlando City SC – said he believes the  reigning Ballon d’Or winner will come to MLS along with Ronaldo sometime in the future.

“I think one day, probably, they’re going to come to join MLS,” Kaka told CNN. “I know that depends on a lot of things.

“But both already said that they wanted to play here, they like the possibility to live in America. So probably one day we will have the joy of seeing these guys playing here.”