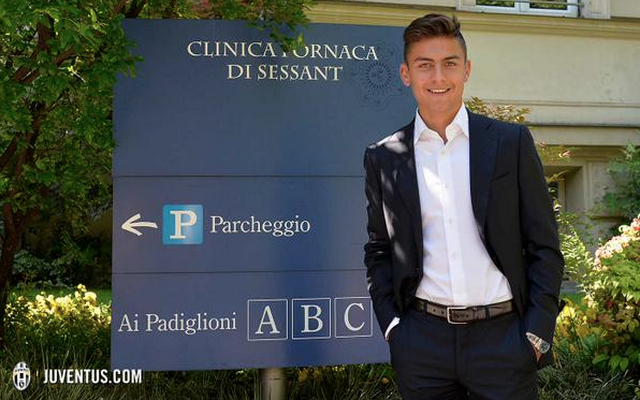 Italian football expert Alvise Cagnazzo is understood to have confirmed—as per the Metro—that the Red Devils have opened talks with the Old Lady in order to sign the Argentine frontman.

22-year-old Dybala—nicknamed ‘The Jewel’—has emerged as one of Serie A’s star men this season, and has been a key inspiration for Juve as they have improved on their miserable start to the campaign to lead the Italian top flight.

The attacker, who moved to Turin from Palermo last year, has scored 13 league goals in 25 league outings so far this term, as well as a further three goals in just four substitute appearances in the domestic cups.

He has also contributed eight assists in Serie A, and would surely be an upgrade on the likes of Memphis Depay and Anthony Martial in the United attack. The two youngsters were signed at great expense last summer, but neither man have truly impressed at Old Trafford and it remains to be seen whether they can lead the Red Devils’ revival next term.