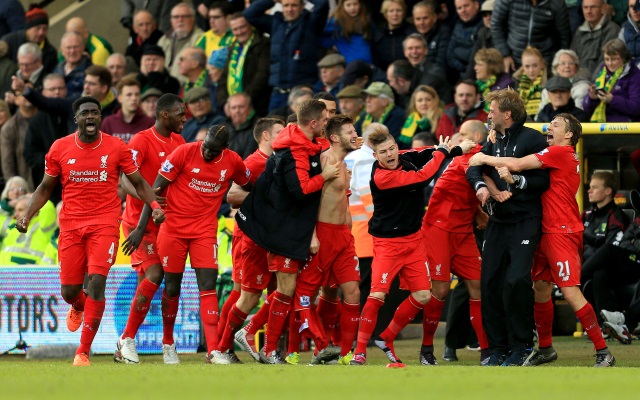 Liverpool defender Kolo Toure has insisted that he’s not giving up on a new contract at Anfield and that he will give everything in order to extend his stay on Merseyside.

The centre-back joined the Reds in 2013 and while he has not always been a guaranteed first-teamer, and while he has been guilty of his fair share of high-profile errors, the defender has become a fan favourite for his good nature and wholehearted displays.

According to the Express, the defender’s future at the club is in doubt, particularly following Jurgen Klopp’s decision to sign Joel Matip, who will arrive from Schalke 04 at the end of the season on a free transfer.

At the time of writing, 34-year-old Toure has yet to be offered a new deal at Anfield, and his future hangs in the balance.

However, as reported by the Express, the defender has insisted that he is not giving up on an extended stay at Anfield and is refusing to accept suggestions that he will definitely be on his way.

“I am a fighter,” Toure insisted. “I’m in the team at the moment and I am showing every game that I’m still here. It doesn’t matter what other people say, I have this smile, I’m very happy and I always give 100 per cent for this club.

“I can show people by my games that I’m still a top player. That’s all I can do and I will fight until the end.”

In recent months, Toure has benefited from injuries to the likes of Mamadou Sakho, Dejan Lovren and Martin Skrtel, making 16 appearances so far this season, of which eight have come in the Premier League, five in the Europa League and three in the League Cup.

Toure brings invaluable experience to Anfield, having won the Premier League with both Arsenal and Manchester City.