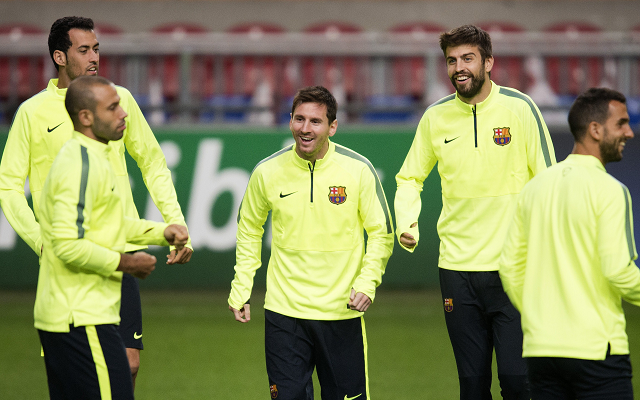 Ostensibly, the reigning European champions are overwhelming favourites to see out the tie and advance to the quarter-finals after scoring two unanswered away goals at the Emirates Stadium.

Luis Enrique’s side were made to wait for their win, but opened the scoring in the 71st minute when Lionel Messi finished past Petr Cech after a remarkable counter-attacking move.

Barcelona added a second 12 minutes later when Messi finished from the spot after Mathieu Flamini had brought him down clumsily in the box.

The two-goal advantage, and the buoyant Nou Camp crowd, will require a gargantuan effort from Arsenal to advance to the last eight.

Despite this, Mascherano has insisted that Barca will be fully focused and are taking nothing for granted ahead of their meeting with the reigning European champions.

Also, and worryingly for Gunners fans, Mascherano has insisted that Barca will be approaching the second leg with as much intensity as they approached the first.

“This result does not give you any security,” the defender told journalists after the match, as per Ole. “They are a team that showed that they can hurt you,” he continued, “we’ll try to face the rematch in the same way, with the same seriousness, and knowing that we have a significant advantage.”

Mascherano himself shone in the heart of the backline, making two tackles, two interceptions and one clearance.