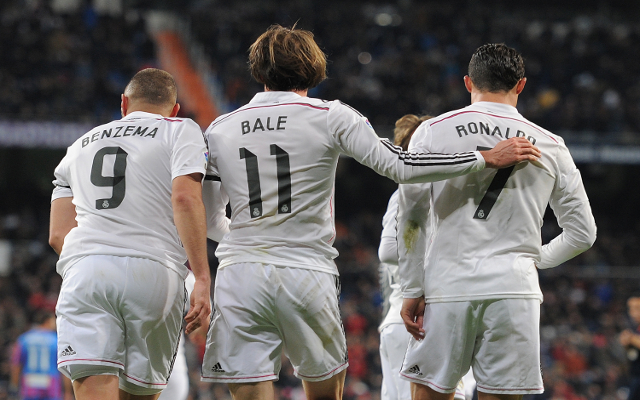 Speaking to France Football, Nicolas Anelka has confirmed that he would love to see Karim Benzema feature for Les Bleus at the European Championships.

The Real Madrid striker has been in awesome form this season, bagging 19 goals in 19 league games so far this term, and has begun to flourish under the tutelage of his compatriot Zinedine Zidane.

However, Benzema’s spot in the France squad for Euro 2016 on home soil has been put in jeopardy after the former Olympique Lyonnais star became embroiled in a sextape-blackmail scandal with teammate Mathieu Valbuena.

“I don’t know if he will participate at the Euros,” Anelka began, speaking to France Football [as per Goal], “but sportingly, for France, his presence would be a plus.

“Karim is a regular at Real,” he continued, “and he is in great form.

“Didier [Deschamps] is intelligent and he will take good decisions,” the striker concluded.

Benzema, like Anelka, is a striker who is hugely decorated at club level, but who perhaps never truly shone for France on the international stage.

The striker—who represented the likes of Liverpool, Arsenal and Chelsea during a fine career—won the European Championships in 2000 as well as the Confederations Cup in 2001, but only featured in one World Cup—in 2010—when he was sent home in disgrace.

Benzema missed out on that World Cup after being caught up in another sex scandal ahead of the tournament, and has struggled to truly leave his mark on an international tournament.