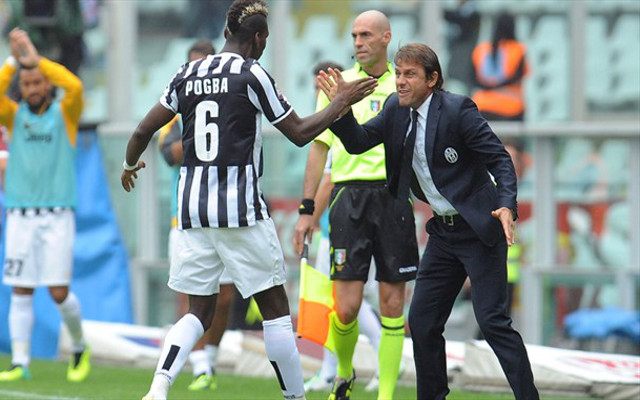 Though Chelsea owner Roman Abramovich undoubtedly had his heart set on bringing in Juventus midfielder Paul Pogba even before he fired Jose Mourinho, the impending hiring of Antonio Conte as Mourinho’s permanent replacement has likely motivated him to work faster.

According to the Metro, Chelsea are working on a deal to bring Pogba to Stamford Bridge this summer. Per the source, the French superstar has a transfer valuation of £85 million.

It will, of course, not be an easy acquisition for Chelsea, who are expected to face opposition from Bayern Munich and Manchester City for his services – both of whom have shown a substantial willingness to break records for their talent.

Pogba was signed by Antonio Conte for Juventus in 2012 after a brief stint with Man United under Sir Alex Ferguson. He went on to win a pair of Serie A titles and the Golden Boy Award under Conte’s tutelage before the Italian boss’s resignation in 2014.