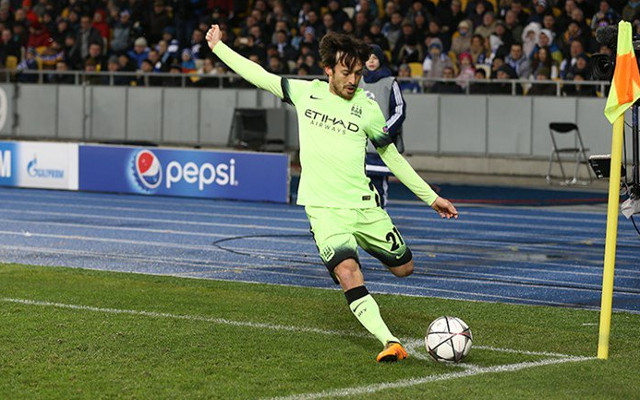 Not content to let Sergio Aguero make all of the big plays for Manchester City against Dynamo Kyiv in the Champions League, David Silva decided to add his name to the scoring ticker before halftime.

Already leading 1-0 thanks to a masterful strike by Aguero, Silva teamed up with the Argentine striker and Raheem Sterling to make a three-pronged attack into the Dynamo Kyiv backfield. Sterling then delivered a flawless nutmegging to a Dynamo defender as Silva charged forward to make the strike and grab the 2-0 lead.

The goal for Silva was his first since January 16 against Crystal Palace and just his fourth on the season in all competitions. The Spanish winger missed significant time this year due to injuries and has been given significant rest throughout the season.

Though Aguero failed on a late chance to make the score 3-0 going into halftime, it was nonetheless a great moment for the team.