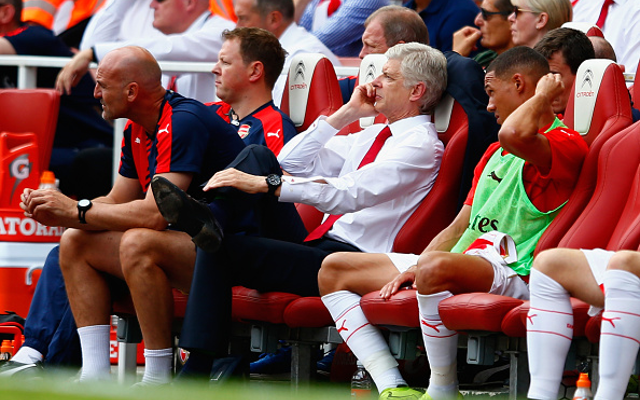 According to reports, Arsenal are intensifying their interest in Watford hitman Odion Ighalo.

The Mirror report that the Gunners are targeting the Nigeria striker, having identified him among the strikers at the top of their summer transfer hit list.

Arsene Wenger is understood to be looking to bolster his attacking options during the summer, and is considering Ighalo—who has bagged 14 goals in this, his first campaign in the Premier League.

The newspaper notes that Watford may be forced to sell the attacker if they receive an offer of £20 million for the 26-year-old.

The Super Eagles hitman fired the Hornets to the Premier League after taking the Championship by storm last term, and as well as his goal haul this season, he has also contributed three assists, and forged a superb partnership with Troy Deeney.

With Ighalo and Deeney leading the line, Quique Flores’s side have established themselves in midtable upon their return to the Premier League, and currently sit in ninth on 39 points.

Arsenal have the second-best defensive record in the division, but four sides in the EPL—including 11th-placed Everton—have scored more than the Gunners’ tally of 41. They drew a blank again on Tuesday night as they fell to a 2-0 defeat by Barcelona on Tuesday evening.