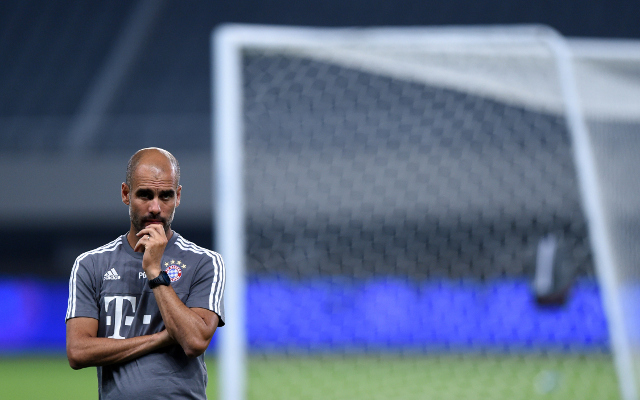 Premier League giants Chelsea and Manchester City appear to be on a transfer collision course for the signing of Juventus star Paul Pogba.

According to Italian source Gazzetta dello Sport [as per Goal], the reigning EPL champions had Michael Emenalo keeping tabs on the France international during Juve’s 2-2 draw in the Champions League with Bayern Munich on Tuesday evening.

The official was present, ostensibly to watch Chelsea loanee Juan Cuadrado, who was in action for Juve, but also to cast his eye over Pogba, who the Blues are looking to move for during the summer.

However, the Blues face major competition from their EPL rivals City, with Guardiola making no secret about his admiration for Pogba.

According to the Mirror, the powerhouse midfielder has indicated that he’s considering Eastlands as a potential destination when he does leave City, and ex-Barcelona coach Guardiola—who will take over from Manuel Pellegrini at the season’s end—is warming to the idea of acquiring the 22-year-old.

“Now he’s a Juventus player, he’s very strong and very young. He’s shown his value, but I know he’s happy at Juve and I wish him a long career,” Guardiola began, speaking after his side’s UCL draw with Juve, as reported by the tabloid.

“Would I like to coach him? It doesn’t depend on me, but on the club.”