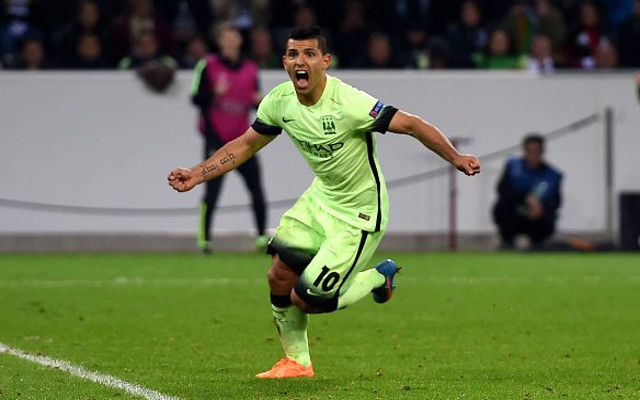 Manchester City have not gotten the right amount of production from a number of their expensive summer transfers, but the one man who still delivers for them no matter what is Sergio Aguero. The Argentinian scoring machine added yet another goal to his remarkable tenure at Etihad Stadium with an early goal to take control against Dynamo Kyiv in the Champions League.

Aguero found gold at the 15′ mark thanks to a corner from Yaya Toure which landed right in the ex-Atletico MAdrid striker’s territory, and he promptly put the ball in the back of the net.

The goal was Kun Aguero’s 16th in 17 Champions League matches and his 19th of the year for Man City in all competitions.

As of writing, another Man City veteran – Spanish winger David Silva – doubled the Citizens’ lead to 2-0 heading into the first half.

Aguero, on the other hand, missed an easy attempt at a goal before the half that would have improved their lead to 3-0 – but aside from some silent cursing, he’s probably still very pleased with his performance in the first half.