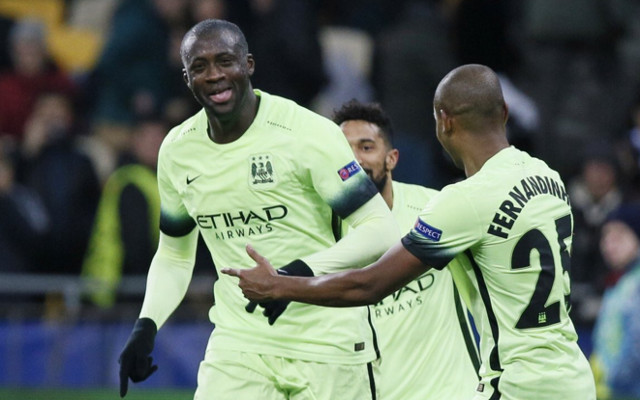 After conceding a second half goal that cut into their lead over Dynamo Kiev, there were some nervous glances on the Man City sidelines. But Yaya Toure managed to put those fears to bed with a late goal to seal a win over their Champions League foe and send them one step closer to a rare trip to the UCL quarter-finals.

Missed opportunities were abound throughout the game as the Citizens missed a golden opportunity to increase their lead to three goals, but it was not to be and in the heart of the second half Vitaliy Buyalsky scored a goal to make the game a narrow 2-1 Man City lead.

But at the 90′ mark, Yaya Toure became the hero as he scored an incredible worldie to give the team a 3-1 lead before the final whistle was blown.

With the win, Man City become the only Premier League team to win a match in Europe outright and have a massive advantage both on aggregate and the away goal tiebreakers heading into their March 15 clash.

But Beware the Ides of March, Citizens…