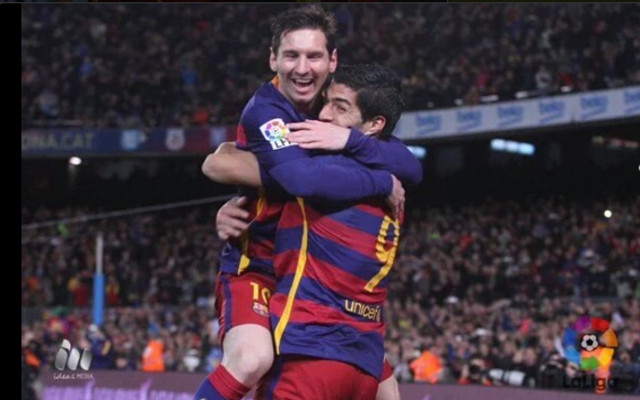 Speaking to the media in light of Barcelona‘s 2-0 victory over Arsenal on Tuesday, Lionel Messi has revealed that the Catalan giants knew the Gunners would struggle.

Arsene Wenger’s side held on at 0-0 for over 70 minutes in their Champions League last 16 tie, and while Barca dominated the possession, they managed a handful of encouraging chances.

However, things fell apart for the London heavyweights inside the final 20 minutes, when Messi first opened the scoring following a lightning counter attack, before adding a second from the penalty spot after he was brought down by Mathieu Flamini.

The 2-0 advantage gives Barca an almost insurmountable advantage ahead of the second leg, and the reigning European champions will also be able to call upon their buoyant home support to see them through to the quarter-finals.

Speaking after the match, as per the Mirror, Messi has insisted that he and his teammates had no doubt that Arsenal would eventually fold.

“We played excellently against a fantastic team,” the legendary forward began. “They worked really hard for each other during the first half but we knew they wouldn’t be able to cope with the pressure after the break.

“We started to find space and were able to open the scoring. Arsenal are capable of anything.”