Tottenham Hotspur host Fiorentina in the second leg of their Europa League last-32 tie on Thursday, with the scores level at 1-1 from last week’s fixture in Italy.

Spurs were knocked out of the FA Cup by Crystal Palace on Sunday and will be determined to go through in Europe so all of their eggs are not in the title race basket.

Mauricio Pochettino has a few fitness issues to consider ahead of a big week of three Premier League games, which ends with a massive London derby at home to Arsenal.

What lineup will he go with for Fiorentina’s visit to White Hart Lane?

According to the London Evening Standard, Tottenham’s captain is back in training after a minor shoulder injury. With other senior players missing, Lloris will be rushed back into the side. 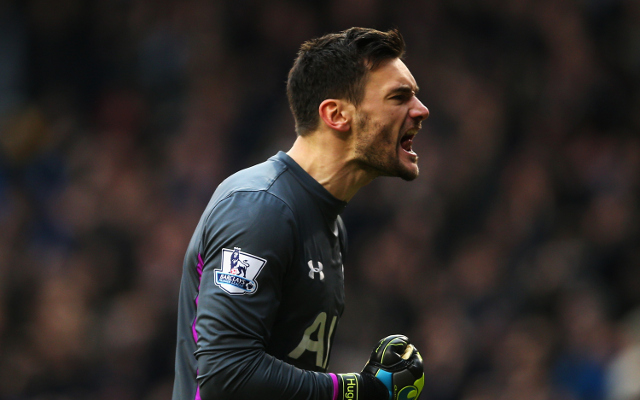 Tottenham’s full-back options remain at full capacity despite the squad being hit by a few injuries. Trippier, who played in the first leg, will come back after Kyle Walker took on FA Cup duty.

Tottenham have four games in the space of nine days and Alderweireld will be key in every single one.

The tests continue to come thick and fast for Wimmer as he stands in for Jan Vertonghen. This run of fixtures, starting with Fiorentina, will push him to the limit after a long spell waiting for his chance.

Nobody has started more games for Tottenham than the midfield convert this season – 36 in all competitions. The trip to Italy was one of his few rests, although he came on as a substitute.

Captained Spurs in the first leg. Won’t have the armband this time, but will start. Tom Carroll limped off  in Italy and Mousa Dembele is out for two weeks with a groin strain, as the Daily Mail reports.

As The Express reports, the improving Argentine winger is fit again after missing Tottenham’s last two games with illness. Five of his eight goals this season have come in the Europa League. 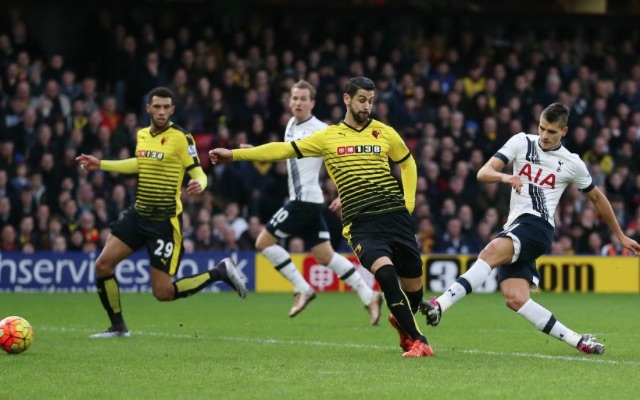 Pochettino may have wanted to rest the 19-year-old, but injuries mean that he may feel he cannot take that luxury. Fortunate to escape a red card in Florence for a petulant kick out at Nenad Tomovic.

Son Heung-Min has had a heavy workload over the past week – starting three games in three different competitions – and Eriksen only played the second half against Crystal Palace at the weekend.

Will lead the line in the absence of Harry Kane, who will sit out the game after breaking his nose against the Eagles, according to the Daily Mail. The Belgian bagged Tottenham’s first-leg penalty. 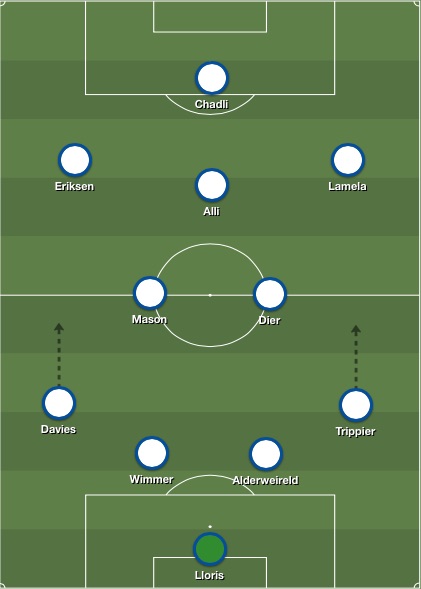