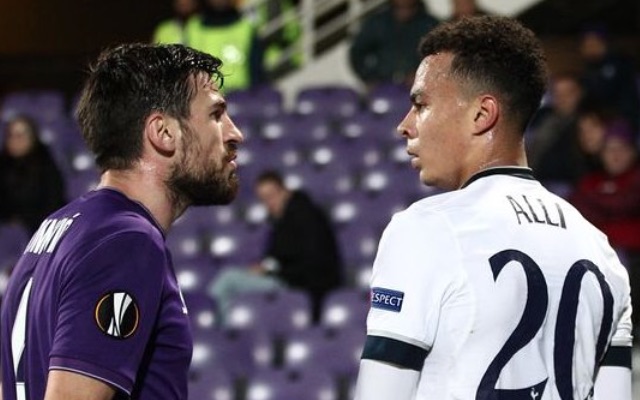 Tottenham Hotspur made light work of Fiorentina in the second leg of their Europa League tie, winning 3-0 at White Hart Lane tonight to reach the last 16.

Ryan Mason and Erik Lamela strikes either side of half time put the contest to rest, and a Gonzalo Rodriguez own goal saw the scores finish 4-1 on aggregate.

Here, CaughtOffside rates how Mauricio Pochettino’s side performed as they sent out a message across the continent – that they are in this competition to win it.

The returning skipper had a quieter evening than he may have expected as he barely had a save to make.

Tottenham arguably have both of England’s two in-form right-backs on their books at the moment. Trippier was excellent in both directions, and whipped in the superb cross which led to the own goal.

Another near-flawless performance from the Belgian centre-back kept Fiorentina permanently at bay.

Picked up a rash booking early on but was otherwise good alongside Alderweireld. This is his fifth game deputising for Jan Vertonghen, and Tottenham have kept three clean sheets. Impressive.

Did a solid job minimising the threat of Fiorentina’s most dangerous player – Federico Bernardeschi.

Took his first goal since September in confident fashion, and would have had an even better one in the second half had the Fiorentina goalkeeper not saved his technically-outstanding volley.

Every time Fiorentina seemed as though they were starting to build some momentum, Dier wrestled it back for Spurs with his command of the middle of the park. Very strong in the tackle.

Killed off Fiorentina with Tottenham’s second of the night, a smart left-footed finish. Worked as hard as ever and Pochettino will be glad to have him fit again for a big week of Premier League games.

The 19-year-old has had a sensational season and is showing no signs of slowing down. Popped up absolutely everywhere and was Tottenham’s go-to man in attack. Harshly booked late on.

The Dane was awful as a half-time substitute against Crystal Palace at the weekend, but was more like himself tonight. Found pockets behind the Fiorentina midfield and was generally tidy.

Had five goals in eight games prior to kickoff but rarely looked like adding to that tally this evening.

The youngster looked lively in another valuable 20 minute outing as a replacement for Lamela.

Picked up a late knock which he will hope is not serious after his injury-ravaged season. Might be called upon for Swansea City’s visit on Saturday because of Mousa Dembele and Tom Carroll being out.

Another Spurs academy graduate came on for the final few minutes to give Mason a standing ovation.