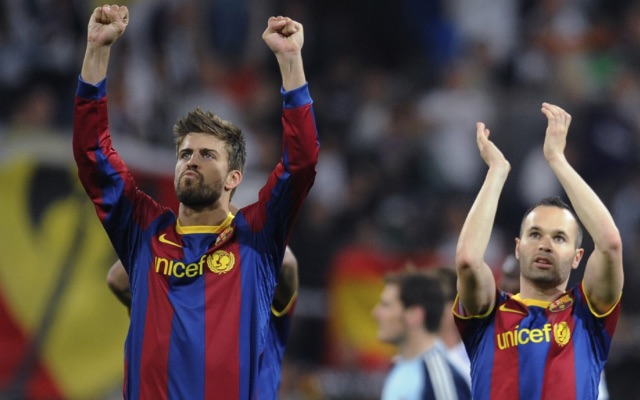 Arsenal must feel like Barcelona’s feeder club at times.

The Gunners pick up Barca’s cast-offs (fine cast-offs, including Alexis Sanchez, though they are) and then – in the case of Cesc Fabregas – sell them back to the Nou Camp when their stock has risen high enough.

Worryingly for Arsenal, the La Liga giants are now being linked with a move for Hector Bellerin, who was plucked for peanuts from the Barca youth team in 2011.

Now, at the age of 20, Bellerin is one of the best right-backs in the Premier League and rumour has it that Barca want him back.

According to Spanish publication Sport, Barcelona stars Andreas Iniesta and Gerard Pique spoke to Bellerin at the Emirates after Tuesday’s Champions League last-16 first leg, which the Gunners lost 2-0.

Iniesta and Pique are said to be keen for Bellerin to return to the Nou Camp, where 32-year-old Dani Alves is currently occupying the right-back slot.