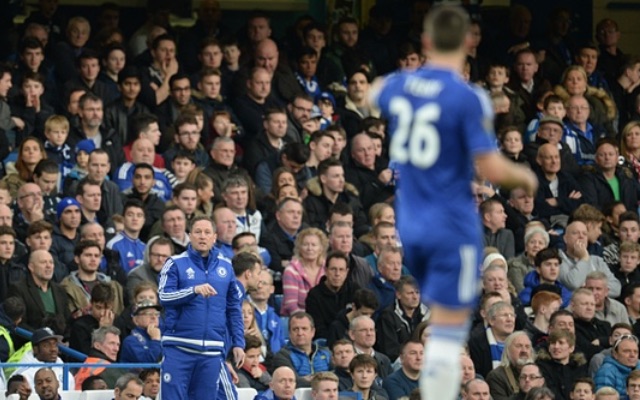 Hiddink is not the only key man at Stamford Bridge whose contract is up this summer.

The current deal of legendary captain John Terry also expires in June, with many Blues fans and pundits demanding the ex-England skipper be given a new one.

According to The Telegraph, club chiefs will urge Conte to keep a key Englishman at the Bridge, but it’s not Terry…

The broadsheet report that Blues bigwigs want to make sure Conte retains the services of long-serving coach Steve Holland.

Since injury ended Holland’s short playing career – which featured spells at Derby County, Bury and Northwich Victoria – the 45-year-old has become one of this country’s finest coaches.

Holland’s first taste of managerial experience came at Crewe Alexandra, a club synonymous with bringing through homegrown talent – an area in which FA Youth Cup semifinalists Chelsea need to improve.