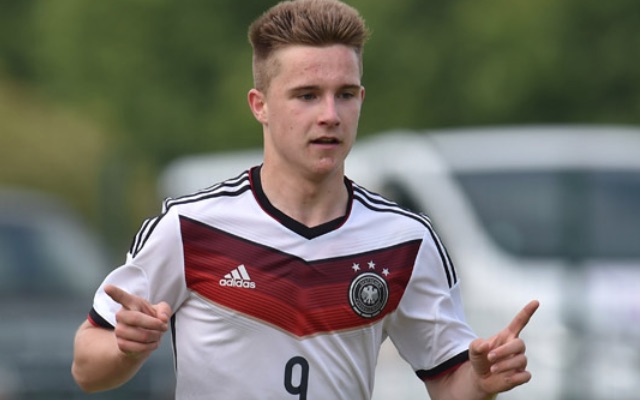 The teenager is building himself quite a reputation in Germany, where he has scored 69 goals in 71 games – a strike-rate of just over 97.18% – for Werder Bremen’s U17 and U19 teams (stats courtesy of the Daily Star).

You may think that a player with a record so scary may command crazy money, but, according to German publication Weser Kurier, United may be able to sign him for free when his contract expires at the end of the season!

As well as excelling at club level, Eggestein has shone on the international scene. In November, he scored four times for Germany at the U17 World Cup, earning himself the Silver Boot.

The Metro claim that United face competition from Bayer Leverkusen and Borussia Dortmund for Eggestein’s signature.

United currently have just two senior strikers on their books, in Wayne Rooney and Anthony Martial, but both of those frontmen missed Thursday’s 5-1 win over Midtjylland.

Perhaps we could see Rashford and Eggestein as a pair at Old Trafford in years to come?