Belgium are poised to go into Euro 2016 this summer top of the FIFA world rankings.

And they will definitely look the part as the best team in the world in this super slick away kit.

We at CaughtOffside are big fans of this sky blue number, which has the Belgium flag emblazoned across the middle, and has been modelled by three of their vast Premier League contingent of players. 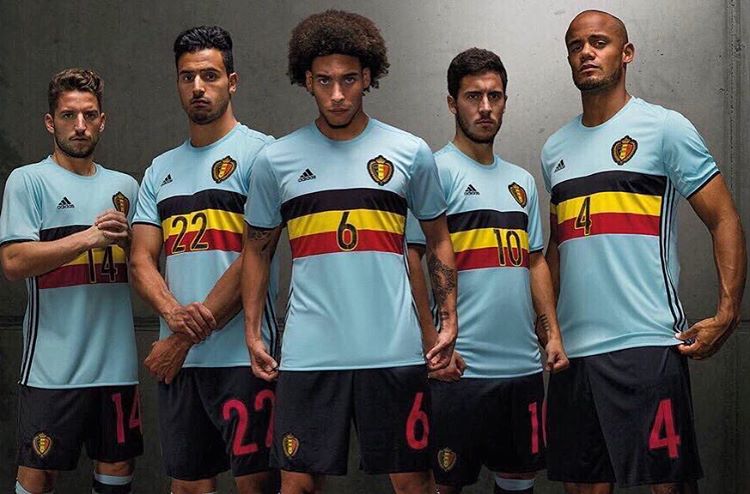 Marc Wilmots’ side have been drawn in arguably the group of death for the upcoming tournament in France. They have been pitted against Italy, Sweden and the Republic of Ireland in Group E.

Many are interested to see whether the Red Devils will show themselves to be the real deal this summer, or simply pretenders to the crown. Certainly in this classy kit, they will look like the former!