There is no rest for Arsenal this week as they follow-up their Champions League clash against Barcelona by reigniting their rivalry with Manchester United.

All of Arsenal’s eggs now appear to be in the Premier League title race basket after they lost the first leg of their last-16 tie 2-0 to the irresistible Spanish giants.

Arsene Wenger’s side find themselves in the rare position of being favourites heading to Old Trafford as Louis van Gaal’s troops struggle with consistency and injuries.

What lineup will the Frenchman go with for the Gunners’ visit to the Theatre of Dreams?

Could not be the difference-maker in midweek as Arsenal flopped again in the Champions League.

After Neymar at the Emirates, the Spaniard is likely to have an easier game marking Memphis Depay.

As the Metro reports, Gabriel Paulista is back in training. The Brazilian was in the side prior to his injury, and Wenger must decide whether to restore him or keep faith with Per Mertesacker. 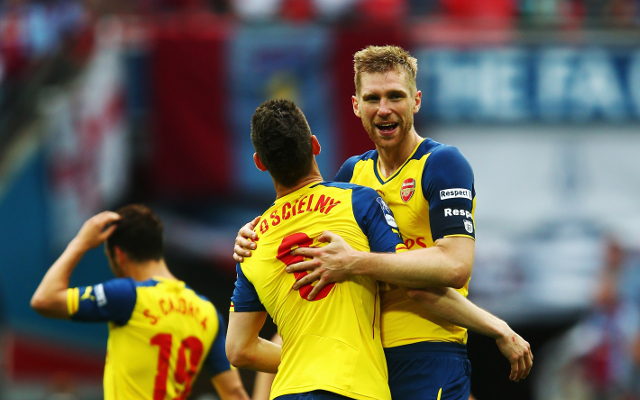 Missed Arsenal’s victory over the Red Devils, but is enjoying a long injury-free run at the moment.

Kieran Gibbs may come in to give Monreal a breather against Swansea City on Wednesday – before a massive North London derby – but Wenger will want the Spaniard for another huge game.

The Frenchman will be tasked with ensuring that Juan Mata does not find space in the pockets.

With Jack Wilshere and Santi Cazorla long-term absentees, Ramsey must again take on the responsibility of providing energy in midfield. United will need to be wary of his forward runs.

Alex Oxlade-Chamberlain’s midweek injury presents Walcott with a chance, although Danny Welbeck is also knocking on the door after his dramatic late winner against Leicester City a fortnight ago. 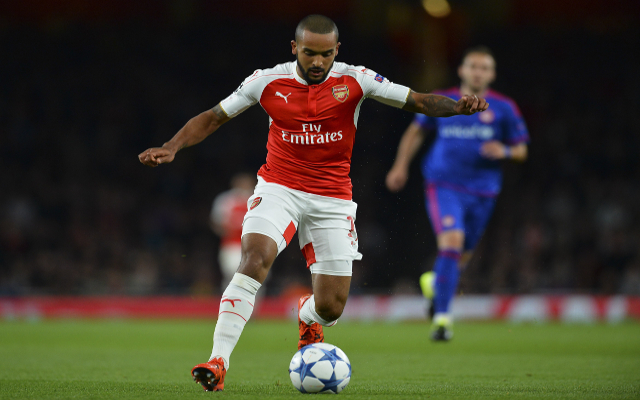 Again, the German playmaker was anonymous in a big game against Barca. The Gunners will be looking at him not not to go missing again at Old Trafford. Needs to prove he isn’t a flat-track bully.

Was so influential as Arsenal battered United in October’s reverse fixture and is due another performance of that magnitude after a quiet few weeks since returning from injury.

The Frenchman came within a Marc-Andre ter Stegen fingertip of scoring in the Champions League. Without a goal in his last eight games. Sunday would be the perfect time to end that barren run. 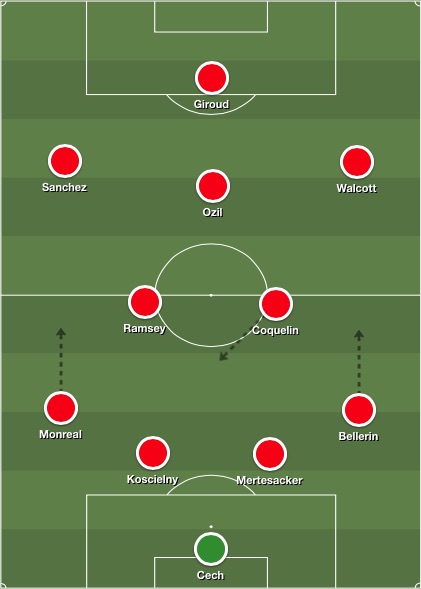