Chelsea will look to continue their unbeaten Premier League record under Guus Hiddink in Saturday’s tricky trip to in-form Southampton.

The Saints have won five of their last six games and have not conceded a single goal during that run, climbing to sixth in the standings.

But confidence will be high in the Chelsea camp as well after 10 league games without defeat, and last weekend’s 5-1 FA Cup rout of Manchester City.

Here, CaughtOffside predicts the starting XI that Hiddink will go with at St Mary’s Stadium.

Was injured when Jose Mourinho’s Chelsea were beaten 3-1 by Southampton at Stamford Bridge in October.

Has been shifted over to his natural position of right-back in Chelsea’s recent defensive reshuffle.

The Serbian has been great in his two games filling in for John Terry and Kurt Zouma at centre-back.

This run of games could be just what the England international needs ahead of Euro 2016. 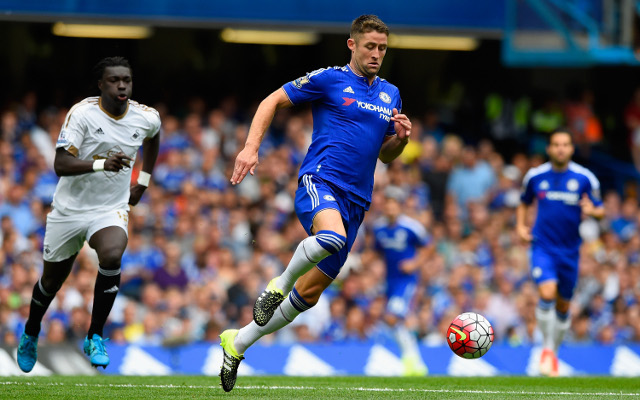 The summer signing will started three successive games for the first time in his Blues career.

Behind Diego Costa, the veteran midfielder may have been Chelsea’s best player since Hiddink’s arrival.

Fabregas has certainly benefitted from Mikel’s form and will be key to unlocking Southampton’s outstanding defence.

The former Barcelona forward has been given the nod over Oscar for Chelsea’s last two games and Hiddink may not see a reason to change.

Scored Chelsea’s goal in their 3-1 loss to Southampton earlier this season with a trademark free-kick.

With a goal and two assists, the Belgian probably had his best game of the campaign against Man City’s kids last weekend.

Was the last player to score a league goal against Fraser Forster – in March 2015, unbelievably. January recruit Pato is still short of match fitness, ESPN reports. 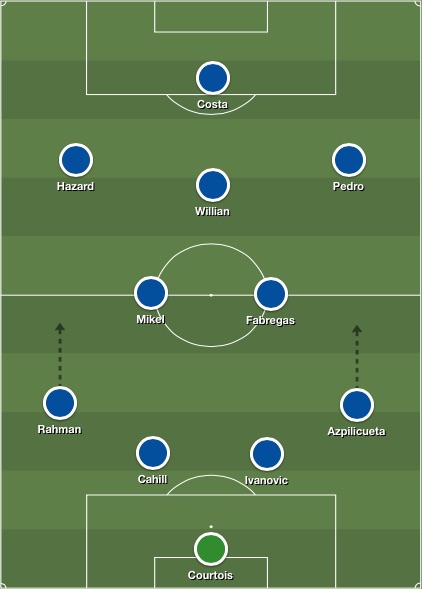 Thibaut Courtois says Liverpool already know what Real Madrid do in finals
May 28 2022, 7:28
Liverpool FC
Chelsea could see mass exodus of players this summer with long list of departing stars
May 27 2022, 15:47
Chelsea FC
Chelsea star tells club where he wants to play next season and it’s not good news for Tuchel
May 19 2022, 11:19
Chelsea FC
Chelsea star waiting for meeting with Blues before deciding whether or not to accept transfer offer
May 17 2022, 13:10
Chelsea FC
Carlo Ancelotti speaks out on Eden Hazard future amid Arsenal interest
May 14 2022, 15:15
Arsenal FC
Barcelona agree deal for Chelsea star who will earn €13m a year
May 7 2022, 12:54
Chelsea FC
Barcelona remain confident of signing Chelsea star despite contract extension
May 2 2022, 15:41
Chelsea FC
Chelsea defenders accused by pundit of having “switched off” in recent games, videos show he’s got a point…
May 2 2022, 8:45
Chelsea FC
Mark Halsey says Saka penalty was “a tough decision and could have gone either way”
Apr 21 2022, 6:57
Chelsea FC
Video: Chelsea captain Azpilicueta has confrontation with fan after giving away silly penalty
Apr 20 2022, 22:41
Chelsea FC