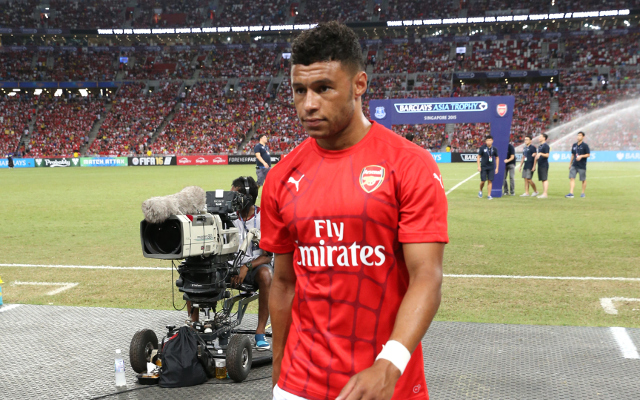 Arsenal are ready to listen to offers for Alex Oxlade-Chamberlain this summer after becoming discouraged by his lack of development, according to The Independent.

The Independent reports that Arsene Wenger is concerned that the £12m signing from Southampton has not progressed as much as he anticipated in his five years with the Gunners.

Oxlade-Chamberlain will have two years left to run on his contract come the end of the season, and Arsenal will be looking to pocket at least £15m for him, The Independent adds.

The 22-year-old has made 147 appearances for Arsenal and established himself as a regular in Roy Hodgson’s England squad, but has stalled somewhat over the last 18 months.

He went through the whole of 2015 without registering a single Premier League goal or assist, and has found it difficult to nail down a regular position or place in the Arsenal team.

The 24-times capped international was enjoying a run on the right wing, and scored in February’s 2-0 win over Bournemouth, before he suffered an injury against Barcelona this week.

The Independent reports that Oxlade-Chamberlain could miss the next six weeks with his knee problem, which means that he might not have many games left to save his Arsenal career.

There would surely be a host of Premier League suitors for the talented midfielder – Chelsea made an enquiry during last summer’s Petr Cech negotiations, according to The Independent.