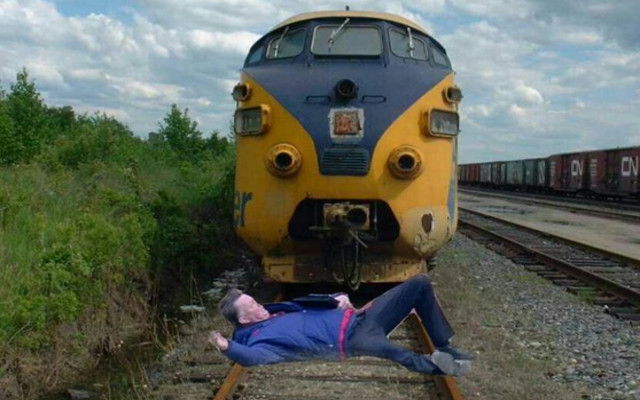 By now the entire internet is abuzz with laughs at 64-year-old Louis van Gaal’s diving efforts against Arsenal during Manchester United‘s 3-2 win at Old Trafford. The sight was so incredible that the image got a full meme treatment.

The first one features Louis van Gaal doing his best Leonardo DiCaprio impression by going toe-to-toe – or rather, back-to-ground – against a grizzly bear. [Note: No animals were hurt in the making of this meme]

A slightly more morbid meme has LvG on the ground after an accident. Based on how poorly Man United were playing earlier in the season, this could very well have become a little too real!

Perhaps the most appropriate was a famous fall by Steven Gerrard against Chelsea:

Within about an hour, one Youtuber put up a compulation video featuring the best of the best. It shows everything from Van Gaal on the beach, at the strip club, being attacked by tigers and being on the receiving end of Randy Orton’s RKO-Outta-Nowhere. Please enjoy!