Liverpool and Manchester City will battle it out for the first major trophy of the season when they meet in the Capital One Cup final this afternoon.

Here, CaughtOffside looks ahead to predict how both Manuel Pellegrini’s Blues and Jurgen Klopp’s Reds will line up when they walk out at Wembley.

Some people expected Klopp to rest players for Thursday’s Europa League tie with Augsburg, but he went with a strong XI and was rewarded with a 1-0 win.

Only Kolo Toure was given a breather, with the task of marking Sergio Aguero in mind. The veteran defender will likely replace Lucas at centre-back.

The rest of the back five picks itself. Martin Skrtel and Dejan Lovren returned to training this week but are unlikely to be rushed into such a big game.

Lucas might instead be in the frame for a holding midfield role, although Emre Can, Jordan Henderson and James Milner has largely been Klopp’s preferred trio.

The Brazilian would provide Liverpool’s defence with some extra protection, but Klopp might not want to sacrifice the energy that his other midfielders offer.

The forward line of Daniel Sturridge, Philippe Coutinho and Roberto Firmino have had the last three games to strike an on-field relationship between themselves.

These are the only matches this season in which Klopp has been able to start all of his top attacking talents. In two of them, Liverpool have failed to score in open play.

But the Reds will still feel that they have the ability to trouble a sometimes shaky City defence, and the options on the bench to change the game if needed.

Christian Benteke, Divock Origi and Adam Lallana, who is back in training after a calf strain according to the Echo, could all be included among the substitutes. 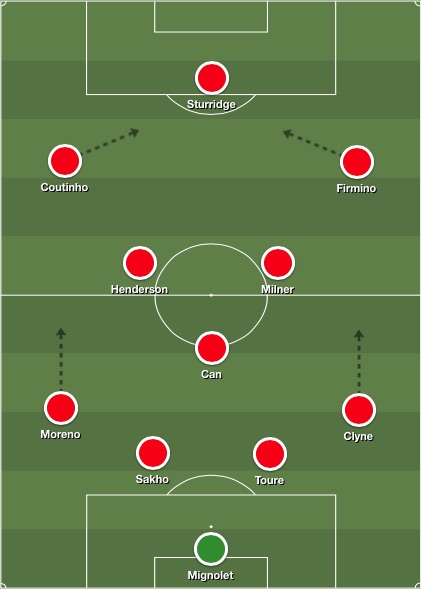 The Citizens also had a midweek fixture, and put themselves into a great position to reach the Champions League quarter-finals with a 3-1 win at Dynamo Kiev.

Pellegrini too chose to select a lineup which will give City momentum heading to Wembley, rather than one which would allow his star players an equally valuable rest.

Aleksander Kolarov may be the only outfield player drafted in, in place of Gael Clichy at left-back. The Serbian has been first choice for much of the campaign.

Influential captain Vincent Kompany has managed to get a couple of games under his belt before the final after spending large periods of this term on the sidelines.

The Belgian may have to be on top form because Pellegrini has confirmed that number-two goalkeeper Willy Caballero will keep his place, The Guardian reports.

The Argentine’s awful performance in City’s 5-1 thrashing by Chelsea last weekend has not persuaded Pellegrini to drop his domestic cup stopper for Joe Hart.

Toure scored a stunner at Wembley two years ago as City beat Sunderland in the Capital One Cup final to win their first piece of silverware under Pellegrini’s management.

Kevin de Bruyne will be a big miss for the Blues – but the script may be written for Raheem Sterling to have a say after his controversial switch from Liverpool last summer.

And if fate denies Sterling his moment of vindication – City still have David Silva and the best striker in the country – Aguero – to cause Liverpool’s defence problems!

Wilfried Bony and Jesus Navas are available again after layoffs, City’s official website has confirmed, and will be options off the bench alongside Kelechi Iheanacho. 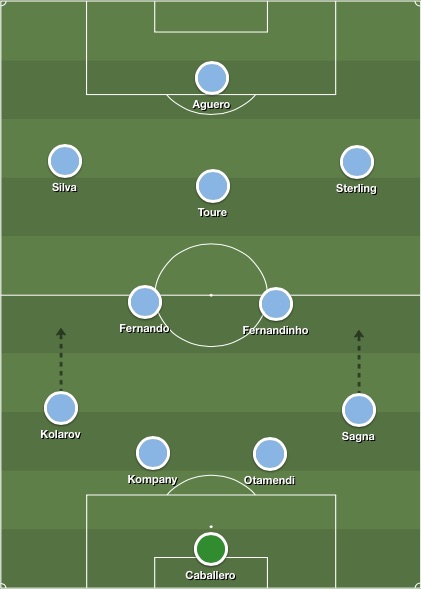