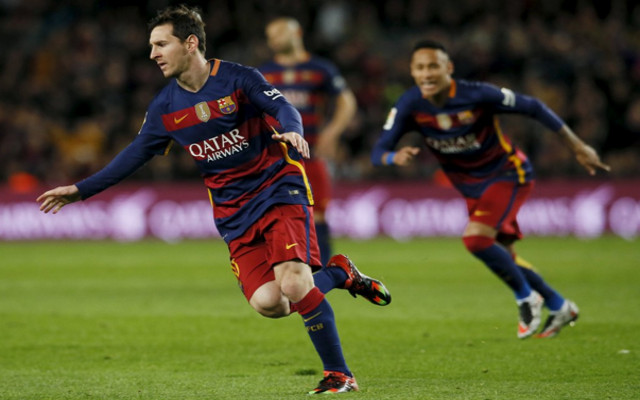 The only L’s at Barcelona through the last 34 weeks have been Lionel Messi and Luis Suarez as the two strikers have run roughshod against all comers in Spain and across Europe. In today’s big match, however, it was Messi who once again showed why he is the best player in the world with yet another epic goal.

Against Sevilla – the last team to deal Barcelona a loss in 34 competitions – Lionel Messi equalized an 0-1 contest with an incredible free kick strike that seemed to defy the laws of physics. Watch and see:

Messi is coming off a dominating Champions League performance against Arsenal where he scored both of Barca’s two goals at Emirates Stadium in a 2-0 win. Messi’s goal gave him 30 on the year in all competitions – his eighth consecutive season at Camp Nou with 30+ goals. (And that’s after he missed a month with an injury.)

With Real Madrid now falling behind, Barcelona appear to be on pace to wrap up La Liga early and shift their focus to dominating the Champions League.