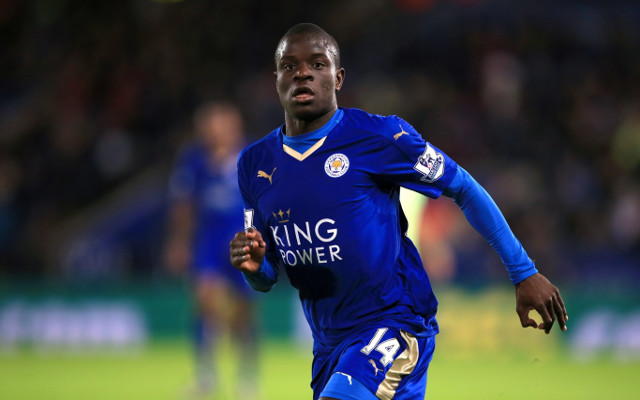 Now could be the time for Arsenal or Tottenham Hotspur to climb into the driver’s seat in the Premier League title and pull the lead out from under Leicester City. N’Golo Kante, one of the Foxes’ top players has suffered an injury and will miss the club’s next two matches.

According to the Metro, the Leicester midfield star – one of the highest-rated players in the Premier League this season – suffered a hamstring injury and will miss the Foxes’ matches against West Bromwich Albion and Watford this coming week.

Kante only has one goal and three assists but is one of the most imposing presences in centre midfield in England this year.

The injury to Kante could very well pump the brakes on Leicester’s title hopes and provide a huge boost to Tottenham, who trail by just two points, as well as Arsenal, who trail by five points.