Arsenal fans are responsible for some of the most horrific football crimes ever witnessed.

You probably don’t remember it because the bloke who made this offensive material only has 354 Twitter followers (at the time of publication).

But now you’ve seen it, it’s unlikely that you’ll forget it in a hurry. I like it, in a weird way. It’s horribly catchy. My favourite bit is “new Arsenal hoodie looking sweet”.

This article is about said Twitter account. Not about the squirm-inducing umlaut, which is undoubtably used as a signal of artist’s undying love for Mesut Özil.

Check out the bio. He seems to intimate that he is keen to reproduce with fellow Gooners. However, we’ve caught him betraying his own principles.

Despite singing that he “hates them mugs at Chelsea”, the AwayBoyz frontman has worked his way in the mentions of a female Stamford Bridge season-ticket holder. 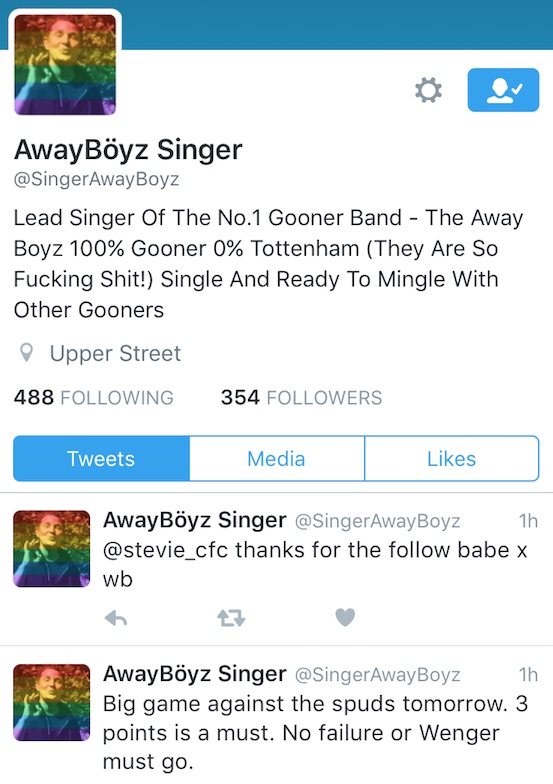 Nude pics and Snapchat have even been on the agenda, although presumably as a joke. 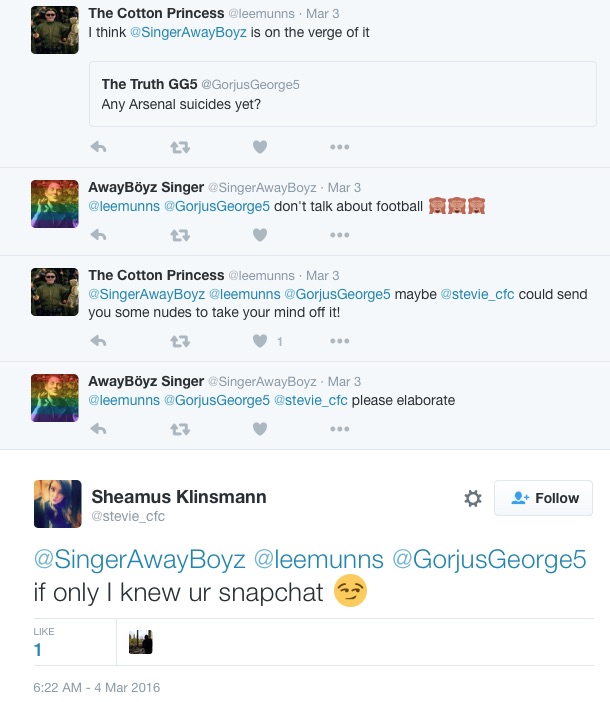