John Terry was presented with an award last night as he was recognised for his ‘outstanding contribution to London football’.

However, away from the football world especially, Terry is better known for his adulterous exploits.

The married centre-back famously did the dirty with the ex-partner of former teammate Wayne Bridge.

So, it caused us to titter slightly when Terry chose to mention the wife of Arsenal legend Bob Wilson in his message of thanks. 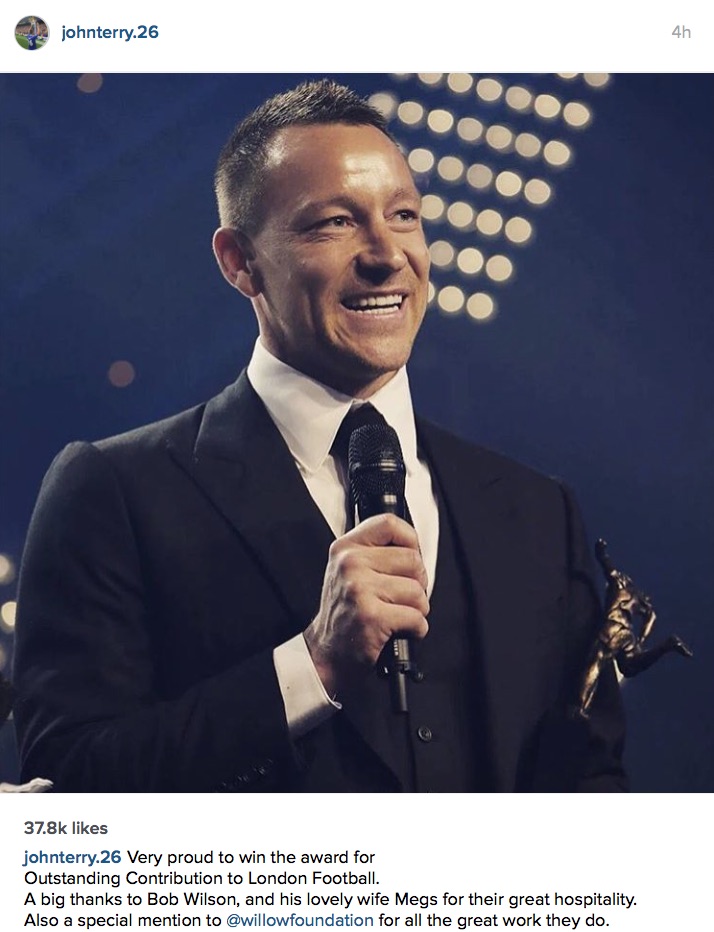 As well as bigging up Bob’s missus, JT also gave a shoutout to his own wife… 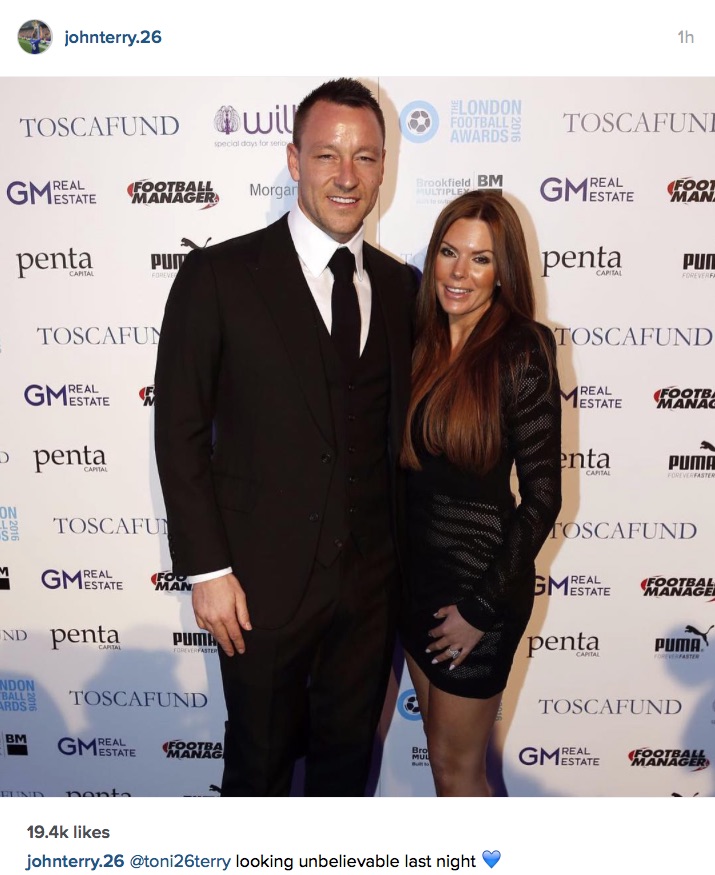