The Gunners have lost their last three games in all competitions – going down 2-0 to Barcelona in Europe, before suffering defeats at the hands of Manchester United and Swansea City domestically.

If Arsene Wenger’s men lose at White Hart Lane they will fall six points behind Spurs and stay six below Premier League leaders Leicester City, who could then go nine clear of the Gunners by winning at Watford later in the day.

Form – Spurs have won nine of their last 12 games in all competitions, while the Gunners have only tasted victory in three of their previous 11 outings – is not the only thing Arsenal have to worry about going into today’s big match.

The injury news also favours Spurs, who could be boosted by the availability of Mousa Dembele, according to TottenhamHotspur.com.

Cech and Laurent Koscielny have both been ruled out of today’s game, according to The Independent, meaning the Gunners will be without two of their on-field leaders.

As well as being short of leaders, Arsenal’s starting XI is likely to include very few Englishmen.

Meanwhile, the same newspaper tip Spurs to start with six Englishmen in their XI.

Will Tottenham’s higher percentage of domestic players give them the edge in this fierce local derby?

Predicted XIs courtesy of The Guardian 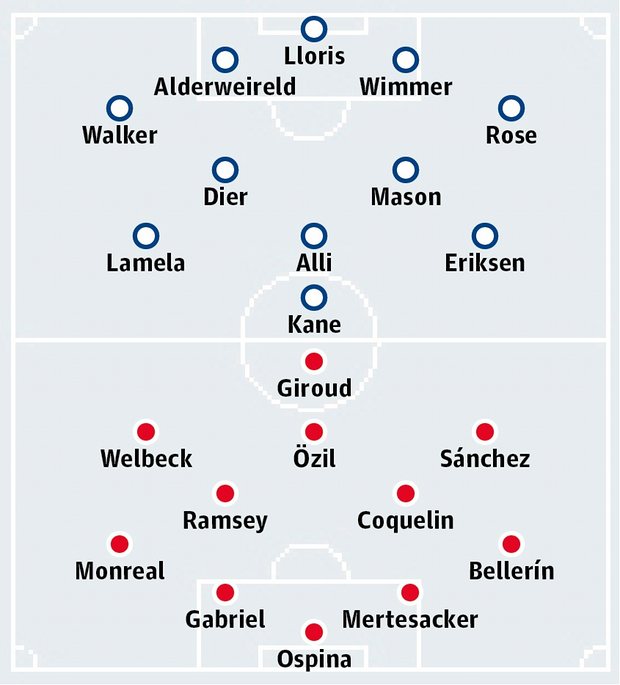