The Red Devils might want to hold off on setting aside funds for a transfer raid on Atletico Madrid. At least one of the top targets for Manchester United from the La Liga giants, midfield star Saul Niguez (aka Saul), is being told to stay away from transfer opportunities.

According to the Metro, Atletico Madrid manager Diego Simeone is urging Saul to stay in Spain and resist the temptation to transfer to another club. The Atletico boss stated this past week that he wants the 21-year-old midfielder to continue to develop and would be better served doing so from his native Spain.

‘We’re trying to turn players into the best versions of themselves,’ said Simeone.

‘A departure for him seems hasty to me because he’s young and, in order for him to keep improving, there’s nowhere better than home – which is Atletico’.

Saul had a breakout season with the club last year for Atletico, scoring four goals in 24 La Liga appearances. This year he has six goals in all competitions, including the Champions League. He earned Man of the Match honours for his second time this season after scoring a goal in a 3-0 win over Real Sociedad. 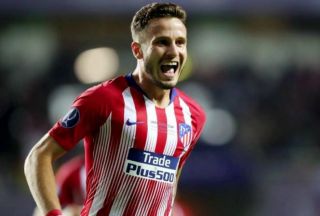 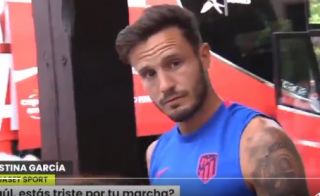