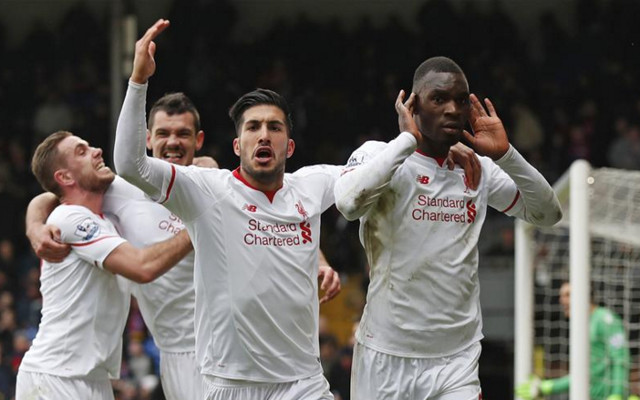 Liverpool were down a goal and down a man after just over 60 minutes of football. Luckily for Jurgen Klopp and company, they were playing Crystal Palace and merely needed to wait for the Selhurst Park homeside to make a mistake – and they were awarded for their patience. Of all the disappointments at Liverpool this season, it was oft-criticized striker Christian Benteke who was the hero of the afternoon.

After equalizing at the 72′ mark on a strike from Roberto Firmino, Benteke had a chance to make a last-second chance on the goal, but he was lightly tripped up by Palace defender Damien Delaney – earning a penalty in the process despite complaints that the Belgian striker took a dive.

Nonetheless, Benteke took advantage of the opportunity. After going two full months to start 2016 without a goal in any competitions, he converted the penalty easily after faking out the Palace goalkeeper to secure the win.

Liverpool left Selhurst with a 2-1 win and three points to return to seventh place on the table. And it’s all thanks to Christian Benteke – of all people…

SEE MORE:
Video: James Milner didn’t fancy playing at full-back for Liverpool…so he got himself sent off!
Man United make £40m-rated Real Madrid star top summer transfer target
Chelsea want Romelu Lukaku back but will have to pay double what they sold him for