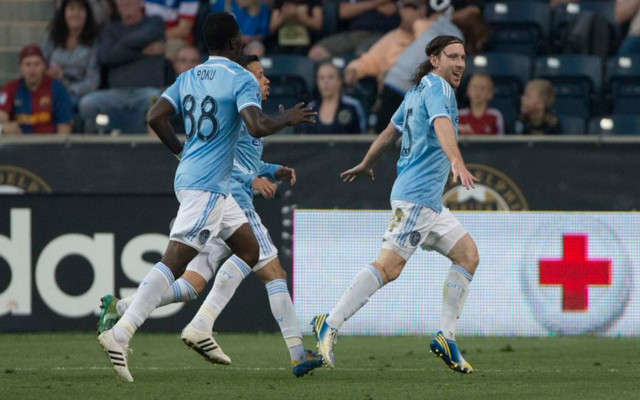 Chalk it up to either a solid squad, great coaching or just a bad opponent, but New York City FC have been setting the torch to the aptly-named Chicago Fire in their first match of the 2016 MLS season.

Just 10 minutes into the match, NYC midfielder Thomas McNamara scored the first goal of the season thanks to a deflected shot off the post that curled inside and past the flat-footed Chicago goalkeeper Matt Lampson.

But the Cityzens knew they had a fight going as Chicago managed to equalize just a few minutes later to make it 1-1.

Patrick Vieira’s squad would not be tied down long though as the club soon responded with goals from David Villa’s fellow forwards Tony Taylor as well as this cracker from Khiry Shelton.

The two teams went into the half at 3-1.

Last season NYC FC failed to reach the playoffs despite a top-five goal scoring effort from the Spanish legend. But now that it appears the team has more weapons, perhaps they’ll get over the hump in their second season.