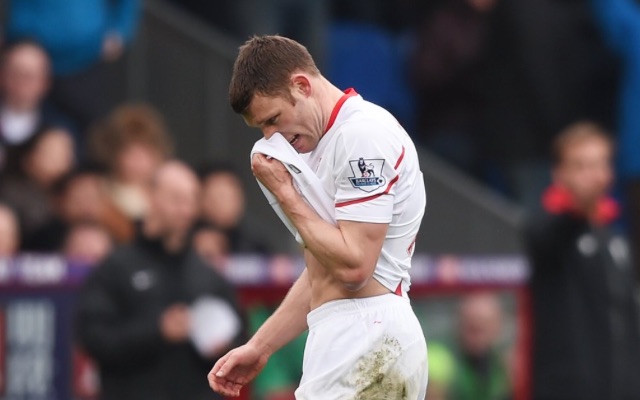 James Milner hated the prospect of playing full-back so much that he got himself sent off!

Milner made it clear that he came to Liverpool to play in his preferred central midfield position after being used as a utility man for Manchester City and England during the peak years of his career.

And we reckon that he couldn’t be bothered to fill in for Flanagan in defence and saw an opportunity to escape the ordeal by hacking down Zaha, when he knew very well what the consequences would be!

This is Milner’s first red card for Liverpool, and the first sending off of the Klopp regime at Anfield. The German might think twice about asking the 30-year-old to ‘just drop in at full-back’ again!

Milner’s dismissal left the Reds with a mountain to climb at Selhurst Park – they were already down 1-0 to Joe Ledley’s goal. But Roberto Firmino has since equalised to set up a thrilling finish.