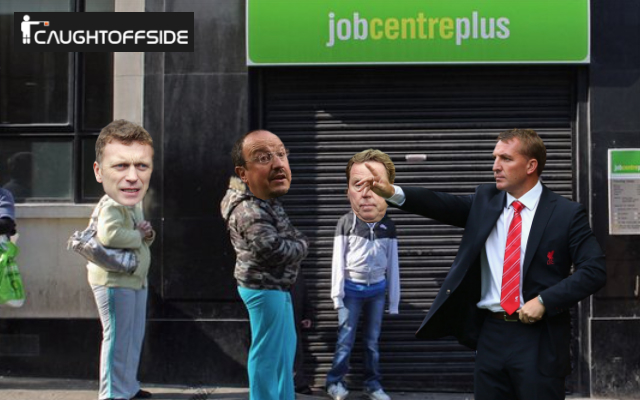 Former England coach Steve McClaren is on the brink at Newcastle United.

The Magpies boss is the 1/6 favourite with multiple bookmakers to be the next Premier League manager to leave his post.

Who will replace him?

The bookies reckon that this bunch of waifs and strays are among the likely lads!

The top five candidates to replace McClaren, according to Paddy Power‘s odds, have all been sacked by Premier League big boys in the past six years.

Tim Sherwood
Odds: 4/1
Sacked by: Spurs in May 2014
Specialism: Banter

Harry Redknapp
Odds: 8/1
Sacked by: Spurs in June 2012
Specialism: Wheeling and dealing (but he doesn’t like to talk about it!)