Liverpool still haven’t recovered from the departure of their latest Messiah.

No Liverpool player has reached double figures in terms of goals this season.

Suarez’s exit from Merseyside was controversial. Hie transferred to Barcelona for £75m, despite serving a ban from all footballing activity following his bite attack at the 2014 World Cup.

And it seems as though the club remains in Suarez’s heart too.

He returned to Liverpool’s Melwood training ground today, just coz he missed the Reds. 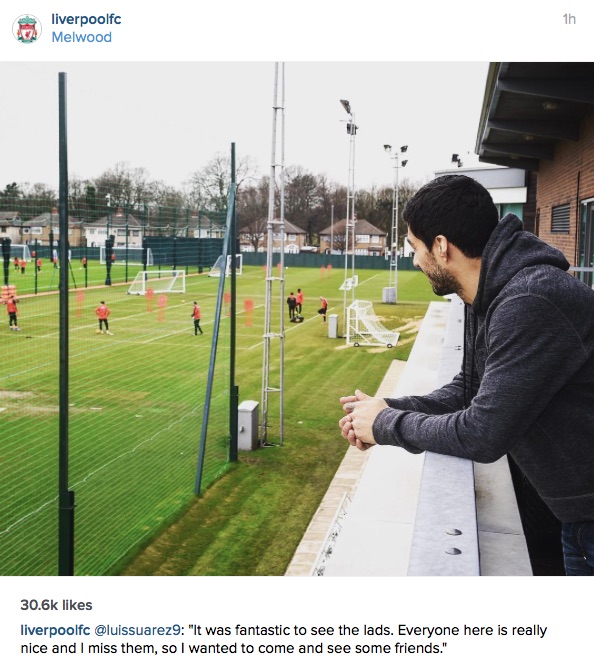