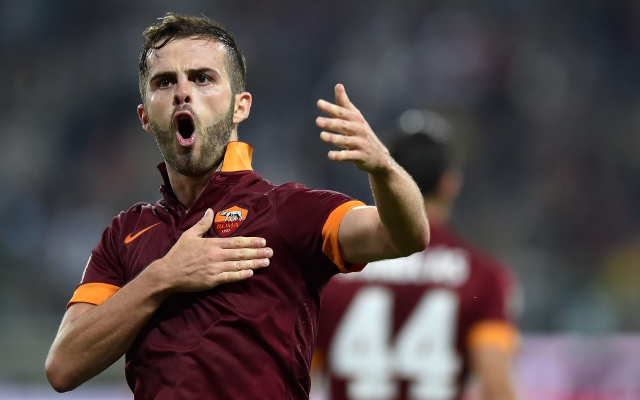 The Bosnian playmaker has been linked with an exit from Stadio Olimpico for some time, with European giants such as Real Madrid and Chelsea also interested.

However, it appears as though the Ligue 1 champions will have the advantage, as they are willing to include Digne in a deal to sign Pjanic, according to La Gazzetta dello Sport.

The left-back is currently on loan with the Giallorossi and has impressed so far this season, while Luciano Spalletti will also potentially welcome the arrival of Rabiot who is amongst the most highly-rated young midfielders in Europe.

Additionally, the €15m will also allow Roma to continue to reinvest in the squad, with Spalletti’s side pushing to qualify for the Champions League this season as they currently occupy third spot in Serie A following a run of seven consecutive wins.

Nevertheless, after arriving from Lyon in 2011, Pjanic has grown into becoming a crucial part of the team and has proven his importance this season having scored nine goals in 25 league games.

As a result, it remains to be seen whether or not the club would be willing to part company with him, with PSG likely to test their resolve if they do opt to reject the initial offer.