Alan Pardew is under pressure as he returns to his former club on Friday night.

Palace have not won a Premier League game all year, but narrow FA Cup victories over Southampton, Stoke and Spurs have put them within 90 minutes of Wembley.

Having scored in their last nine games in all competitions, and with Yannick Bolasie back in action and Emmanuel Adebayor closing in on full fitness, Palace should have enough to outscore their Championship opponents, who have conceded eight times in their past three outings.

Despite their two 2-1 defeats to PSG in Europe, Chelsea are unbeaten in 16 domestic games since Jose Mourinho was sacked in December.

Out of the Champions League and 10 points – and six places – off the top four, the FA Cup will make or break Chelsea’s season.

This competition is everything for Guus Hiddink’s Blues, who I just can’t see losing.

Everton might be able to force a replay, which Chelsea would be very confident of winning.

But I fancy Chelsea, even without Eden Hazard and Diego Costa, to overpower the Toffees on Saturday night.

There have been 20 goals in the past four meetings between these two sides, so it’s likely to be open and entertaining. 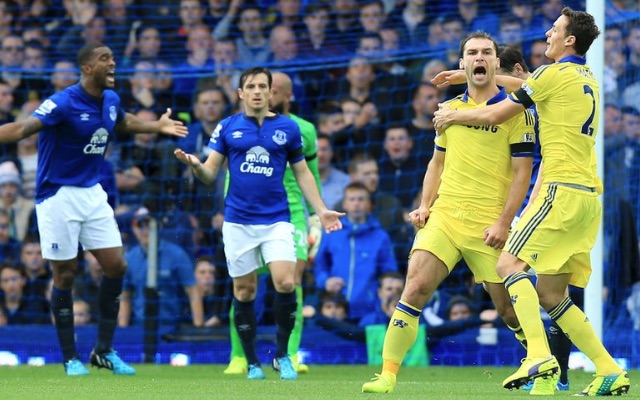 Yet another trip to Wembley seems almost inevitable for Arsenal, who are looking to win this competition for a third year in a row.

The Gunners have won their last six games against Watford, while the Hornets are going through a dry spell in front of goal.

Watford have been held to nil in seven of their last 11 games in all competitions.

Barring another Heurelho Gomes masterclass, this should be a comfortable home win.

Louis van Gaal’s Red Devils have actually won their last four games at Old Trafford, but lifeless defeats at West Brom and Liverpool in the past week have sapped all of that positivity out of the club.

Conversely, West Ham, who are two points above United in the Premier League and have already claimed away victories at Arsenal, Man City and Liverpool this season, are on a four-game winning run and will travel north full of confidence.

West Ham are a well-drilled team who work hard for their manager and have a couple of magicians in their ranks. The same cannot be said of Louis van Gaal’s men, who often look unmotivated and, quite frankly, bored.

The bookies make the Hammers underdogs, but this looks like one of the most inevitable FA Cup ‘shocks’ ever.