Chelsea visit Everton for an FA Cup quarter-final which could make-or-break their season.

The FA Cup, which Guus Hiddink won in his first spell in charge, is now Chelsea’s only chance of a trophy following their midweek Champions League elimination at the hands of Paris Saint-Germain.

Will the desperation to salvage their season with some silverware force Hiddink’s hand when it comes to team selection? CaughtOffside picks the XI which the Dutchman should go with at Goodison Park.

Has played Chelsea’s last two FA Cup games after Asmir Begovic was given a third-round runout.

Could be shifted back to the right side of defence after a decent run skipping from the centre.

As the Daily Mail reports, Hiddink has confirmed that Terry will travel with Chelsea to Merseyside after a month-long layoff with a hamstring injury. Trying to stop the captain from playing would be a waste of time. This could be the 35-year-old club legend’s last chance to win a trophy with the Blues.

Frenchman Kurt Zouma is a long-term absentee, and so the Cahill-Terry partnership will be reunited. They will have their hands full with Everton’s prolific former Chelsea striker Romelu Lukaku.

Left-back has been a problem area for Hiddink in recent weeks, and he will be relieved to have the ultra-reliable Azpilicueta back to shore up a flank which has been exposed in his time on the right side.

Will have a very important role to play protecting his defence from the Everton counter-attack. The Toffees possess great pace on the break through the likes of Aaron Lennon and Gerard Deulofeu.

The 2004-05 FA Cup with Arsenal was the first major trophy that Fabregas won in his career.

If any Chelsea player deserves their season’s work to be rewarded with a trophy, it is the Brazilian. 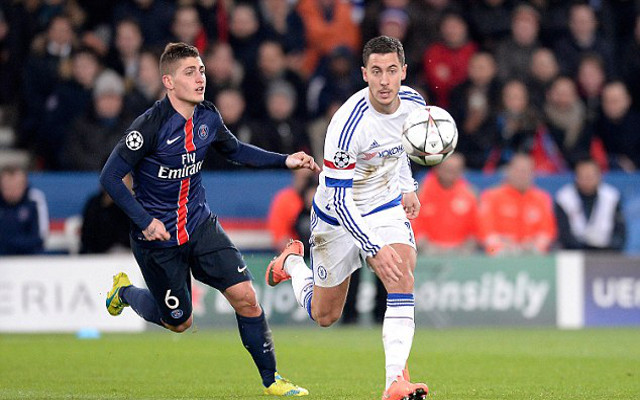 Eden Hazard was preferred to Oscar against PSG, and was booed off after another poor performance. There is no point Hiddink persisting with the Belgian when his heart does not seem to be in it.

Bertrand Traore has proven a decent deputy for Costa, but, considering the circumstances, this is arguably the biggest game of Chelsea’s season and they will want their main striker playing. The Daily Mail reports that he trained on Friday despite limping off against the French champions. If Hiddink thinks that he can get another hour out of the Spain international, then that is a gamble worth taking. 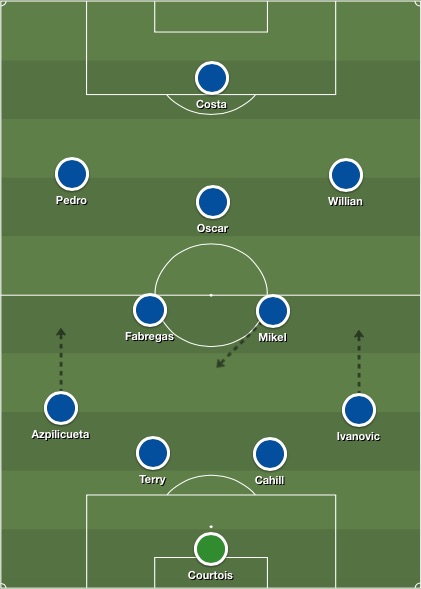