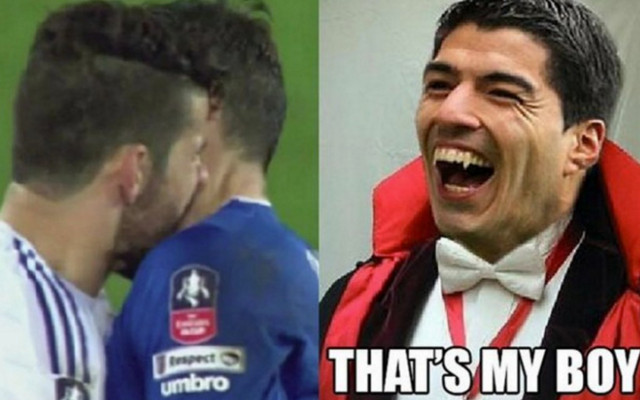 Not content to merely compare Diego Costa to infamous football biter Luis Suarez, fans on Twitter have decided to dub the trouble-making Chelsea forward a vampire for the way he attacked Everton star Gareth Barry’s neck with his teeth during the Blues’ 2-0 loss in the FA Cup.

There was no shortage of comparisons to the two infamous biters: Suarez and the infamous creatures from the works of Bram Stoker.

I’ll be annoyed if Diego Costa doesn’t get a ban for his vampire scene tonight. Luis Suarez did it and got what he deserved so too should DC

Diego Costa aka The Vampire of Chelsea. What a dumb brute that man is. Real talent wasted by such a bad attitude.

Diego Costa turned into a vampire for a few seconds out there https://t.co/uaP42Hi9S4

Diego Costa shows that he is a vampire.

Costa was ejected for the biting incident and faces a match ban from the FA. However, considering that this is far from his first instance of violent conduct on the pitch, some suspect that his punishment could be more strict than it has been in the past.

Earlier this season Costa was handed a match ban for violent conduct he committed against Arsenal, including scratching the face of Gunners defender Gabriel.