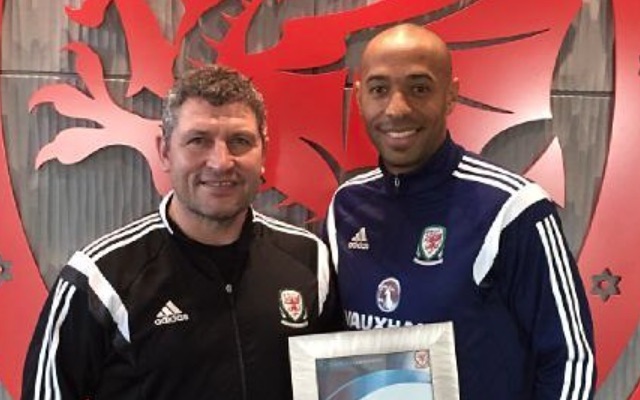 Arsene Wenger’s position as Arsenal manager is being questioned.

In fact the entire Sky Sports Soccer Saturday panel think he should leave the club this summer.

Many fans want Wenger’s eventual replacement to be a club legend.

Dennis Bergkamp and Thierry Henry have both been mentioned as possible future Arsenal managers.

Henry has moved a step closer to making that dream a reality by passing his coaching tests.

The newly-qualified Henry took to Instagram to show off.

He posted the image above with the text: “Massive thank you to Osian Roberts #Osh, @welshfootballtrust and the Arsenal Academy for assisting me to pass my UEFA A Licence coaching badge. #proudday”.

He stinks as a pundit, but will Thierry Henry make a good manager? #AFC #WengerIn #WengerOut #HenryIn #COYG