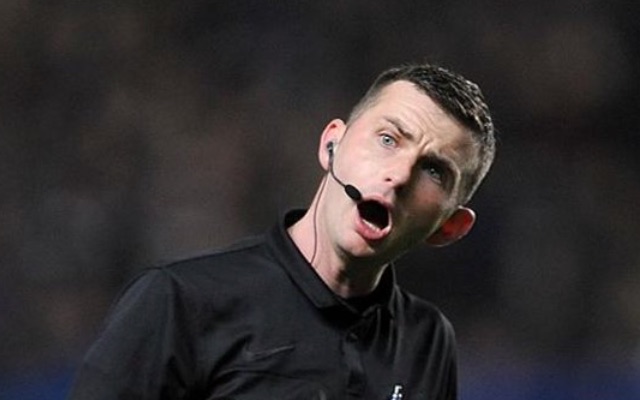 Diego Costa would probably get sent off every week if we lived in a fair world.

But we don’t, which is why everyone was so shocked when he finally saw red in Chelsea’s 2-0 defeat at Everton on Saturday.

That, and the fact that Costa bit Toffees midfielder Gareth Barry!

Of all the footballers Diego Costa could have bitten, he chooses Gareth Barry! #EVEvCHE #EFCvCFC pic.twitter.com/BZDO5fUz8x

But Costa was not sent off for biting. Referee Michael Oliver did not see the tooth-action.

Costa was officially dismissed for picking up to yellow cards, the second of which was seemingly issued for ‘butting heads’ with Barry.

Costa’s chomp was not his only unpunished offence at Goodison Park.

The Spain international also got away with spitting at Mr Oliver.

Costa’s first booking of the game came inside the opening 15 minutes when he took out Barry, who was also shown a red card late on.

After being cautioned, Costa reacted by gobbing on the ref’s feet. Honestly…