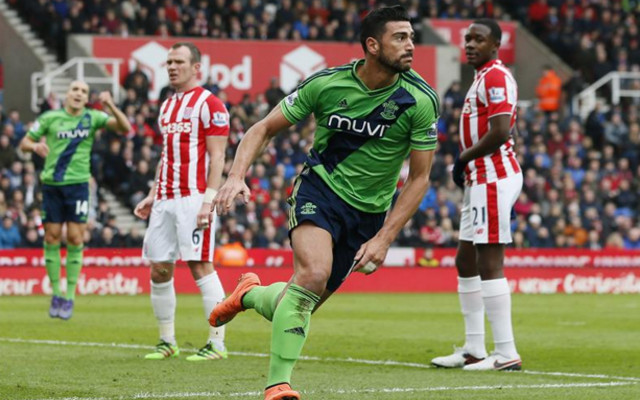 Graziano Pelle and company got Southampton back on track and back into the hunt for European competition with a 2-1 win over Stoke City at Britannia Stadium on Saturday.

The Italian striker got things started very early, scoring his first of two goals on the day with a stunning header that slipped away from Jack Butland for a 1-0 Saints lead.

Pelle was nowhere near done in the first half, as he notched another goal before the midway point for a brace and a 2-0 Southampton lead.

There was a glimmer of hope at Britannia Stadium as Mark Arnautovic managed a goal of his own at just the 52′ mark to put the Potters in position for an equalizer at a score of 2-1:

But that would be as close as the Potters would get to obtaining any points from the match, failing to score in the final 40 minutes plus added time and finishing the game with a loss.

With the win, Southampton have made it into the top seven and are just three points behind Man United for a spot in the Europa League next season.

The loss for Stoke snapped a four-game unbeaten streak that had pushed them into the top eight and lowered them to ninth on the table.