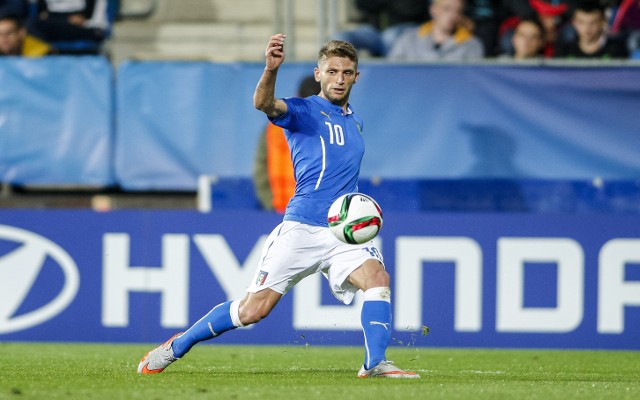 Tottenham Hotspur’s hopes of signing Domenico Berardi have taken a hit, with reports from Italy claiming that three Serie A giants are also interested in the Sassuolo forward.

The Express cites Italian newspaper Tuttosport as claiming that Juventus, AC Milan and Inter Milan are all eyeing a player who Spurs have earmarked as a summer strike target.

According to The Express, Mauricio Pochettino will be granted a big transfer kitty if second-place Spurs qualify for the Champions League – they currently have a six-point cushion on fourth.

And the report adds that he will use £19.7million of his funds to attempt to land Berardi, thus finally providing Harry Kane with some support and a potential partner in attack.

Kane has been Tottenham’s only reliable frontman over the past two seasons, and has carried them towards a Premier League title charge this term with 17 goals in the top flight.

Pochettino’s previous attempts to bolster his attack have been blocked – four bids for West Bromwich Albion’s Saido Berahino were rejected last summer, according to Sky Sports.

And Tuttosport, via The Express, indicates that Spurs could encounter difficulties again in their striker search, because Juventus have a ‘gentleman’s agreement’ for first refusal on Berardi.

Twenty-one-year-old Berardi has 48 goals in 126 games for Sassuolo since debuting in 2012. He is yet to be capped by the Italian national side, but has three goals in 14 appearances at U21 level.