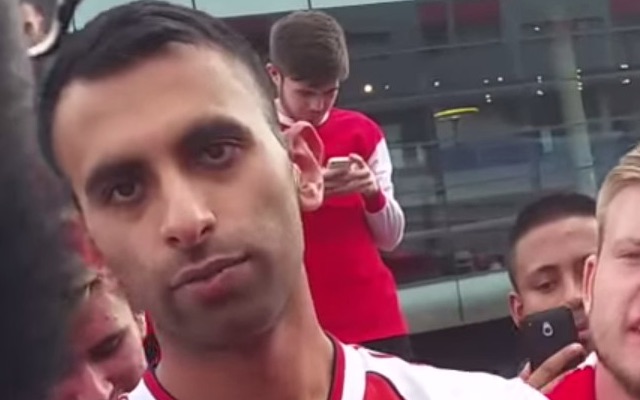 I have heard many Gooners in the past tell me that Spurs supporters are obsessed with Arsenal.

While, as a Spurs fan, I enjoy it when Arsenal lose, believe it or not, I rarely give them much thought, other than when they are on the TV or stinking up my Twitter feed with this kind of nonsense.

Do me a favour… Help me get some clarity on what I want out the Leicester game tonight.

What result do u want out of that game?

But now it all makes sense. It seems the truth is that many Gooners are, in reality, obsessed with Spurs.

Arsenal haven’t won much in the past 12 years, so the only thing they have to cling on to is that they always finish above Tottenham.

St Totteringham’s Day has been used as a smokescreen – a device to inflate fragile Arsenal egos and compensate for their lack of any real success.

So preoccupied with Spurs, many Arsenal fans actually want Leicester to beat Newcastle United this evening, even though such a result would effectively end all hope of the Gunners winning the Premier League this season.

This is because Spurs are just two points behind leaders Leicester. These Gunners ‘supporters’ are willing to sacrifice their team’s only remaining hope of silverware, just to decrease Tottenham’s chances of being crowned champions of England.

In fairness to ArsenalFanTV regular Moh Haider, (pictured above looking stern while lecturing about net spend) he is actually hoping for Leicester to drop points tonight, although he clearly has mixed feelings.

However, the majority of Gooner respondents to Moh’s Twitter teaser are dirty defectors who may as well get themselves down to the club shop at the King Power Stadium!

@ArsenalMoh8 Look beside you on that boat you are in, yeah, that’s me, right next to you. Same boat man.

@ArsenalMoh8 Leicester win 100 %. Spurs keep winning, and Arsenal keep bottling it. We lack both desire and luck to win anything this season

@ArsenalMoh8 a Leicester win. We’re not going to catch them and I refuse to watch the scum win the league.

@ArsenalMoh8 can we first play the Everton game and then state our desires for the game tonight?

@ArsenalMoh8 I want them to win, no way in hell are we winning it. I don’t want Spurs anywhere near that title

@ArsenalMoh8 backing @LCFC to win it. We don’t have the mental strength and it’s too little too late in my eyes. No chance for recovery.