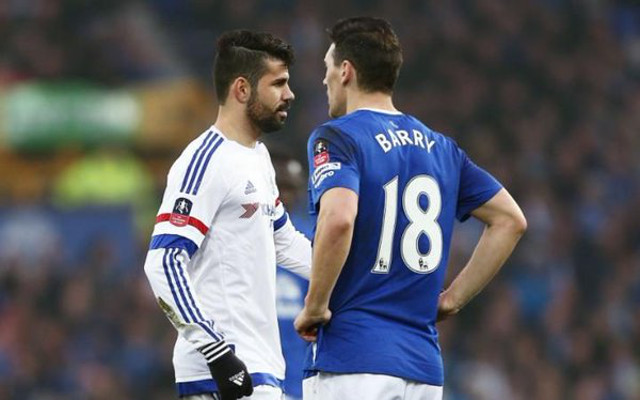 Chelsea striker Diego Costa could miss more than just the mandatory one game for the red card he earned on Saturday. In the wake of his now-infamous biting incident on Everton defender Gareth Barry as well as some inappropriate gestures directed at Everton fans upon being sent off, the FA has come down hard on the Blues superstar.

The Football Association has charged Costa with improper conduct for his behavior in the FA Cup loss and was asked to explain an alleged gesture directed against Everton supporters during the 84th minute. According to the Metro he faces a three-match ban for his actions and has until Thursday to appeal any punishment.

It is not the first time this year that Costa has been suspended for bad behavior on the pitch. He was charged with violent conduct following a 2-0 win over Arsenal in which he grabbed Gabriel’s face and also knocked Laurent Koscielny to the ground.

Although he has accumulated 10 yellow cards in all competitions for Chelsea, Saturday was the first time he had been sent off in a game for Chelsea.

The Blues have a crucial match against West Ham on March 19, where a loss could very well keep a finish inside the top-six well out of reach.