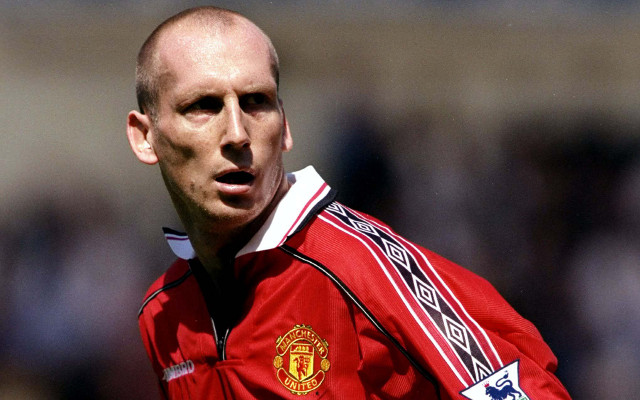 Jaap Stam has revealed to the Daily Mail that he is taking his managerial career in a direction which he hopes could see him return to Manchester United one day.

The Dutchman, the defensive leader of United’s 1999 treble-winning side, currently coaches Ajax’s U21s and had previously been assistant manager to Frank de Boer.

The 43-year-old is leaving Ajax at the end of the season, and wants his next role to be as a number one in England to improve his chances of managing United in the future.

“First it would be for me to work as a manager in England, but eventually, if I develop and do well, hopefully I can get back in a role for United,” he told the Daily Mail.

“I finished my coaching badges last season. I want to manage in Holland or England.

“People have been talking about me stepping in if Frank de Boer was to leave Ajax, but while he has a contract, there’s nothing sure. They wanted me to stay at the club but they know my ambition, that I want to manage a first team.

“I could wait until the end of the season and make a decision based on whether he leaves but I’m not that type of person. I want to develop myself and go to a team in England, so I’ve told Ajax I’m finishing my contract and then we can wait until the next season.”

Stam is obviously a long way away from managing the Red Devils, but he has an excellent grounding in coaching and would be a major coup for many clubs in the Championship.

From there, who knows? Mauricio Pochettino has shown how quickly bosses can go from relative obscurity to being touted for some of the biggest managerial jobs in the world.

And Stam has a connection with the United fans that could play to his advantage. Although, there could be one big barrier which might prevent him from ever realising his dream.

Former manager Sir Alex Ferguson sold Stam following comments made in his controversial autobiography, according to Sky Sports, and remains a key advisor to United bosses.

“My relationship with Sir Alex?” Stam is quoted by Sky Sports as saying. “There’s not a relationship.”

As The Independent reports, Ferguson handpicked David Moyes as his replacement in 2013. If he retains such power, Stam is not likely to be top of his list when another appointment needs making.