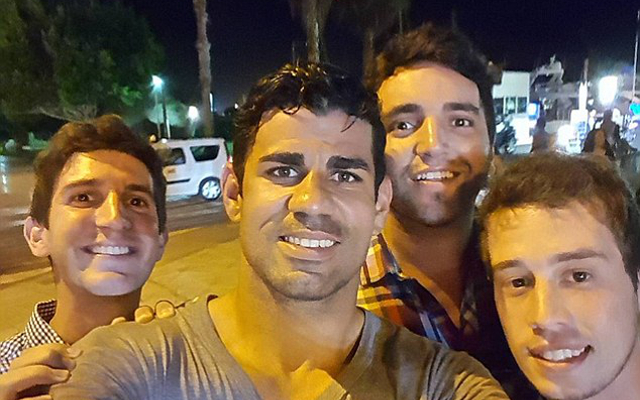 Chelsea manager Guus Hiddink has spoken out in defence of striker Diego Costa, insisting that his star hitman is no idiot.

The forward is in the midst of a tempestuous campaign, with Chelsea fans seeing both the best and the worst of the temperamental Spanish star.

During the first half of the season—under erstwhile coach Jose Mourinho—he was dismal, falling far short of the standards he set for himself during the 2014-15 campaign.

However, following the arrival of Hiddink in December, he has improved markedly, and currently has 11 in 24 in the Premier League this season, as well as a further two goals in the Champions League.

Against Everton last weekend—as the Blues were dumped out of the FA Cup—the ugly side of Costa’s character again showed itself, as the forward was involved in a tangle with Toffees midfielder Gareth Barry and was eventually sent off after appearing to bite the neck of the ex-Manchester City player.

Speaking at a press conference ahead of Chelsea’s match against West Ham United on Saturday, Hiddink has defended Costa, and insisted that he ought not be called an idiot following his actions.

“[It’s] too strong,” Hiddink insisted, in quotes relayed by Goal. “If you know the definition of an idiot, that is not him.

“It’s not always if you are in the very hectic situation, it’s difficult.

“That’s why I defend him – his contribution is brilliant. I judge him fairly.

“The kiss, or bite, whatever you mention it, Barry made a very good statement by saying what has happened or not happened in this case.”